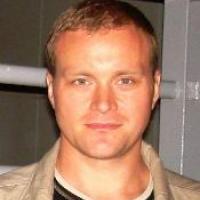 When and where did you begin this sport?
He began in Nizhny Novgorod, Russia in 2001.
Why this sport?
"Because I was not bad at swimming."
Club / Team
Zarya Youth Sports School of Olympic Reserve: Dzerzhinsk, RUS
Name of coach
Yury Nazarenko
Coach from which country?
Russia
Coach from what year?
2002

Memorable sporting achievement
Bronze at the 2004 Paralympic Games in Athens. (Athlete, 05 Sep 2012)
Most influential person in career
His coach. (Athlete, 05 Sep 2012)
Awards and honours
He holds the title of Honoured Master of Sport in Russia. (fpoda.paralymp.ru, 06 Dec 2013)
Other information
FROM ATHLETE TO COACH
In May 2014, he could not compete at the Russian Championships due to an illness, and switched to a coaching role. (Athlete, 09 Jul 2014)