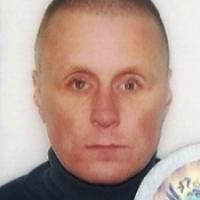 When and where did you begin this sport?
He began doing athletics at age 12, specialising in high jump. As an able-bodied athlete he was a member of the Soviet national youth team and Russian champion for the first time in 1992/93. He took up para-athletics in 2010.
Why this sport?
As a child, people told him that athletics was his sport but he did not agree. His first coach Oleg Bakanov invited him to come training, telling him he only had to do it once if he did not like it. After he lost his vision in 2003, he left sports and began working for an organisation for the visually impaired in Gatchina, Russia. Later his hours were reduced and he eventually lost his job. "I thought, 'Where do I go next?' I went to sports." He returned to athletics in 2010.
Club / Team
St. Petersburg Academy of Athletics [Track and Field]: Russia
Name of coach
Alexey Lashmanov, RUS, from 2010; Sergey Zinovyev, RUS

Awards and honours
He holds the title of Honoured Master of Sport in Russia. (fss.org.ru, 20 Dec 2013)

For his successful performance at 2012 Paralympic Games in London he was awarded the Order of Friendship by the president of Russia. (gatchina24.ru, 25 Jul 2013)
Impairment
He lost his eyesight in 2003 because of an injury sustained in an accident. (fondopora.ru, 2011)
Other information
DOTING DAD
He brought a suitcase full of toys back to Russia for his daughter Veronika after the 2012 Paralympic Games in London. (spk.mk.ru, 31 Oct 2012)