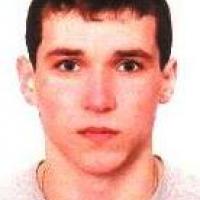 When and where did you begin this sport?
He took up the sport at age five in Engels, Russian Federation.
Why this sport?
"It was the most efficient means of rehabilitation, and I was following a doctor's recommendation."
Club / Team
Rehabilitation and Physical Education Youth Adaptive Sports School: Engels, RUS
Name of coach
Svetlana Borisovskaya [personal], RUS, from 2010

Hobbies
Hunting, fishing. (Athlete, 12 Mar 2021)
Memorable sporting achievement
Winning one gold, three silver and one bronze medal at the 2012 Paralympic Games in London. (Athlete, 10 Sep 2019)
Most influential person in career
His coach. (Athlete, 10 Sep 2019)
Hero / Idol
Russian mixed martial fighter Khabib Nurmagomedov. (Athlete, 10 Sep 2019)
Sporting philosophy / motto
"Do not be distracted by temptations. They move you away from the dream." (taday.ru, 13 Feb 2018)
Awards and honours
He holds the title of Honoured Master of Sport in the Russian Federation. (paraswim.ru, 05 Mar 2021)

He won the Overcoming prize as the Best Para Athlete of the Year 2015 at the National Sports Award held by the Ministry of Sport of the Russian Federation. (vzsar.ru, 16 Dec 2015)

He received the Order of Friendship of the Russian Federation in recognition of his performance at the 2012 Paralympic Games in London. (kremlin.ru, 10 Sep 2012)
Famous relatives
His father competed in boxing. His brother competed in swimming and earned the title of Candidate for Master of Sport in the Russian Federation. (Athlete, 27 Apr 2016; vzsar.ru, 03 Aug 2011)
Impairment
He has had hemiparesis on his left side since birth. (Athlete, 10 Sep 2019)