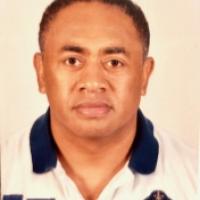 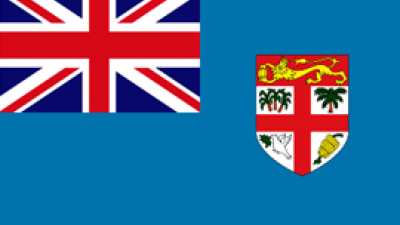 Hobbies
Health and fitness, spending time with his family. (Facebook page, 10 Mar 2020)
Sporting philosophy / motto
"It's not how far you fall, but how high you bounce that counts." [Zig Ziglar] (tasmonthly.blogspot.nl, 27 Aug 2012)
Awards and honours
He received the Sports Endeavour of the Year award at the 2011 British Limbless Ex-Servicemen's Association [BLESMA] Soldiering On Awards. (soldieringon.org, 20 Mar 2011)
Ambitions
To compete at the 2020 Paralympic Games in Tokyo. (forces.net, 01 Jul 2019)
Impairment
He was injured in July 2007 when a bomb exploded under the vehicle he was travelling in while he was serving as a soldier in Helmand Province, Afghanistan. His injuries were so severe that he was initially pronounced dead before medics discovered a faint pulse. He was in a coma for eight days and both of his legs were amputated above the knee. (Facebook page, 10 Mar 2020; itv.com, 31 Aug 2012)
Other information
GREAT BRITAIN TO FIJI
Born in Fiji, he initially represented Great Britain in Para athletics, including at the 2012 Paralympic Games in London, before switching his sporting allegiance to Fiji. He began representing his country of birth at the 2019 Arafura Games in Darwin, NT, Australia, with a view to promoting Para sport in Fiji and the Pacific Islands. "I've changed my allegiance to compete with Fiji. I thought helping out with disability in Fiji and the Pacific region will encourage the many people living with a disability. After my injuries, my wife and I went back to Fiji and it was clear that those with disabilities are classed as second class citizens. People in Fiji, they don't really see disability the way that people in Australia or the UK see it. I want to raise awareness and encourage people with disabilities in Fiji. I want them to know that they can live a better life if they do not see their disability as a wall or a limit to achieve things. It will be a huge honour to wear Fiji's colours and see the flag at the Paralympic Games." (tokyo2020.org, 22 Sep 2020; paralympic.org, 23 Aug 2020; IPC, 01 Jan 2020; paralympic.org.au, 02 May 2019)