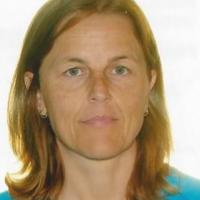 When and where did you begin this sport?
She got involved in Para athletics at age 21 in Sherbrooke, QC, Canada.
Why this sport?
She took up the sport after meeting Canadian Para shot putter Jacques Martin. "He [Martin] introduced me to his coach, which allowed me to start my training with the best of the best. He was already working with [Canadian wheelchair racer] Andre Viger and several of the best Canadian athletes."
Club / Team
Athletisme Sherbrooke: Canada
Name of coach
Jean Laroche [personal], CAN, from 1992

In 2006 and 2007 she received the Fred Begley Memorial Trophy, awarded by Athletics Canada for the best athlete in the marathon event. (dianeroy.com, 02 Mar 2010)
Impairment
She has paraplegia after falling off an all-terrain vehicle at age 17. (Athlete, 06 Nov 2019; paralympic.ca, 26 Aug 2016)
Other information
BEIJING RERUN
She initially won a gold medal in the T54 5000m at the 2008 Paralympic Games in Beijing, but the International Paralympic Committee [IPC] ordered the race to be rerun after three NPCs protested the result because a collision on the penultimate lap had taken six athletes out of contention. The decision came after the medal ceremony had taken place, so Roy had to give back her gold medal. In the rerun she finished second, 0.01 seconds behind winner Amanda McGrory of the United States of America. (theglobeandmail.com, 02 Sep 2012; dianeroy.com, 02 Mar 2010)

OTHER ACTIVITIES
She has served as an ambassador for the Quebec Spinal Cord and Motor Functions Foundation in Canada. (Facebook profile, 30 Sep 2019)