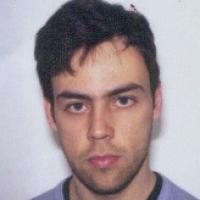 When and where did you begin this sport?
He took up the sport in Bologna, Italy.
Why this sport?
He had always been interested in guns, and he enjoyed the fact that the sport required a lot of concentration.
Name of coach
Ofir Goldstein [national]
Handedness
Left

In 2009 he was presented with an award by the city council of Bologna in Italy. The honour was in recognition of his outstanding achievements in both swimming and shooting. (cittametropolitana.bo.it, 30 Nov 2009)
Other sports
He has competed internationally in Para swimming. (Athlete, 16 Oct 2013)
Impairment
He had a brain lesion, which led to an impairment to his right arm. (Athlete, 16 Oct 2013)