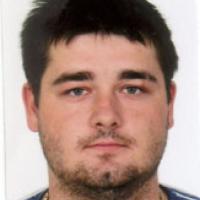 When and where did you begin this sport?
He began the sport in 2007 at Stoderzinken Ski Resort in Austria.
Why this sport?
By chance he learned about the Monoski Klub Zagreb that was looking for people with impairments to try skiing. "I immediately called and signed up. I was fortunate that they chose me from among the few registered people. As a kid, I went skiing a lot of times and I thought I could easily switch to a monoski. Heck! It is not the same at all. On the first day I tried the monoski, I fell on every bend. I fell at least fifty times. But I was motivated and I did not want to give up."
Club / Team
Monoski Klub Zagreb: Croatia
Name of coach
Luka Dobrinic, CRO, from 2008

Nicknames
Kung-Fu Panda (vancouver2010.com, 2010)
Hobbies
Web design, computer programming. (Athlete, 05 Jan 2019)
Memorable sporting achievement
Winning gold in sitting slalom at the 2018 Paralympic Winter Games in Pyeongchang. (Athlete, 05 Jan 2019)
Most influential person in career
Croatian alpine skier Dragan Katunar. (Athlete, 08 Mar 2018)
Hero / Idol
French Para alpine skier Jean-Yves Le Meur. (Athlete, 08 Mar 2018)
Injuries
He was hospitalised with knee and chest injuries following a fall during a race in Pitztaler Gletscher, Austria in December 2016. He missed the 2017 World Championships in Tarvisio, Italy. (prigorski.hr, 12 Dec 2016; crosport.hr, 24 Jan 2017)
Sporting philosophy / motto
"Each of us will come across some situations that we must accept and be positive." (novilist.hr, 27 Mar 2018)
Awards and honours
He was Croatia's flag bearer during the opening ceremony of the 2014 Paralympic Winter Games in Sochi. (sports.yahoo.com, 07 Mar 2014)
Other sports
He competed in Para swimming at the 2006 World Championships in Durban, South Africa. (jutarnji.hr, 01 Jan 2007; SportsDeskOnline, 08 Dec 2006)
Milestones
He became the first athlete representing Croatia to win a gold medal at the Paralympic Winter Games when he claimed victory in the men's sitting slalom at the 2018 Paralympic Winter Games in Pyeongchang. (novilist.hr, 27 Mar 2018; SportsDeskOnline, 17 Mar 2018)
Impairment
In June 2003 he was involved in a car accident which resulted in both of his legs being amputated. His mother, two brothers and a sister died in the accident. (Athlete, 08 Mar 2018; novilist.hr, 27 Mar 2018)
Other information