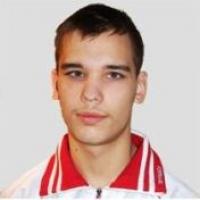 When and where did you begin this sport?
He first went swimming as a baby, and began training in 1996 in Nizhny Novgorod, Russia.
Why this sport?
His mother encouraged him to try the sport so he would have something to occupy his free time.
Club / Team
Sormovo: Nizhny Novgorod, RUS
Name of coach
Vadim Morozov, RUS

He holds the title of Honoured Master of Sport in the Russian Federation. (Athlete, 28 Apr 2016)
Other information
COACH
He credits his coach Vadim Morozov for providing the guidance and discipline he needed to become successful. "Morozov is like a second father to me. He can scold properly, and lend a hand in difficult moments." (sportnnov.ru, 18 Mar 2011)