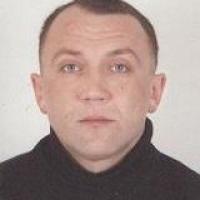 When and where did you begin this sport?
He began training in January 2003 in Torez, Ukraine.
Why this sport?
Afghanistan war veteran Alexander Pivchenko encouraged him to take up Para sport as a way of overcoming his post-accident depression. A local coach called Anatoli Korsun then noticed he had talent and suggested that he should begin competing. "Sport beat all my bad habits. My drinking friends disappeared and I found a real mission for myself. I wanted to prove to myself and to others that I was worth something."
Name of coach
Viktor Lys [personal], UKR, from 2011