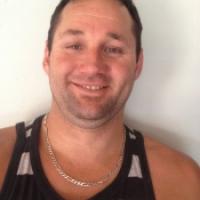 Nicknames
Donnie (donelgin.com.au, 05 Jun 2014)
Awards and honours
He was Australia's flag bearer at the opening ceremony of the 2006 World Championships in Assen, Netherlands. (starampglobal.com.au, 2013)
Impairment
He was born without the lower part of his left leg. (mmg.com.au, 16 Apr 2014)
Other information
RETIREMENT
In 2008 he announced his retirement from para-athletics so that he could pursue other goals. However, in March 2013 he returned to the sport, having learned that his event had been added to the programme for the 2014 Commonwealth Games in Glasgow, Scotland. After competing at the Games he decided to retire from the sport for a second time. (mmg.com.au, 16 Apr 2014, heraldsun.com.au, 05 Jun 2014; theguardian.com, 2016)

TEAM MANAGER
He worked as a team manager for the Australia national team at the 2012 Paralympic Games in London. (mmg.com.au, 16 Apr 2014)