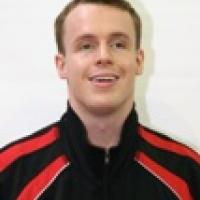 When and where did you begin this sport?
His parents taught him to swim from six months old. He began swimming competitively at age nine.
Why this sport?
At age 12 at a provincial competition in Kamloops, BC, he first heard about the Paralympic Games. He decided he wanted to compete at the Paralympic Games, and four years later had achieved his childhood dream by competing at Sydney 2000.
Club / Team
UBC Dolphins: Vancouver, BC, CAN

Hobbies
Downhill skiing, music and radio broadcasting. (paralympic.ca, 31 Mar 2010)
Injuries
He suffered a knee injury in early 2013 that disrupted his training. (swimming.ca, 09 Aug 2013)
Sporting philosophy / motto
"As an elite athlete, it is imperative to give one's all to the sport. However, this should never come at the cost of other life experiences, which are as important, if not more so, than swimming." (ykpbsc.nt.ca, 2006)
Awards and honours
He was Canada's flagbearer for the 2008 Paralympic Games in Beijing. (University of BC, 11 Sep 2008)
Famous relatives
His father Hugh Tildesley, is a former competitive swimmer and acts as his 'tapper', tapping him on the head on his last stroke so he knows when to turn. He was also coached by his uncle Murray Tildesley, a former national record holder. (CPC, 19 Jul 2007)
Impairment
He was born blind due to Leber's amaurosis. (ourcoloradonews.com, 10 Jun 2011)
Other information
RETIREMENT
In May 2014 he announced his retirement from competitive swimming. (newswire.ca, 09 May 2014)

OCCUPATION
He works as an insurance broker with Buntain Insurance in Vancouver, BC, Canada. (vancouversun.com, 23 Apr 2014)

RADIO
He is the co-owner of two radio stations in Whistler, BC, Canada, including 88.7 Whistler FM, a tourist information radio station. (donovanspeaks.com, 2013; paralympic.ca, 31 Mar 2010)