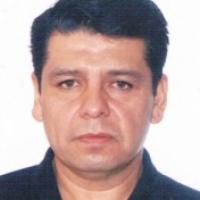 When and where did you begin this sport?
He took up swimming in 2013 in Metepec, Mexico.
Why this sport?
He began swimming in order to recover speed, agility and discipline.
Club / Team
Club Vida y Talento Sobre Ruedas: Toluca de Lerdo, MEX
Name of coach
Fernando Gutierrez Velez, MEX, from 2013

Most influential person in career
His coach. (Athlete, 18 Jul 2015)
Hero / Idol
Mexican footballer Hugo Sanchez. (Athlete, 18 Jul 2015)
Sporting philosophy / motto
"Success doesn't just require that the athletes and the teams do everything correctly each day. Success requires many things done correctly, in a consistent and integral manner. That includes management and organisation." (Athlete, 18 Jul 2015)
Awards and honours
In 2015 he received the Sports Merit Medal of the city of Metepec, Mexico. (diarioamanecer.com.mx, 13 Dec 2015)

In 2014 he was honoured with the Lifetime Achievement in Sport award from the Municipal Institute of Physical Culture and Sports of Metepec, Mexico. (metepec.gob.mx, 16 Oct 2014)
Impairment
He has complete paralysis of the right side of his body following a car accident in 2009. (Athlete, 18 Jul 2015)
Other information
BACKGROUND
Before his accident he worked for the State of Mexico government. (Alfredo Talavera Diaz's YouTube channel, 22 Oct 2015)