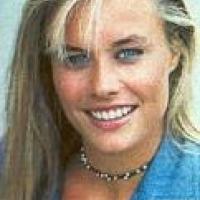 When and where did you begin this sport?
She took up the sport at age 23.

Most influential person in career
Her husband Mark. (Athlete, 16 Aug 2010)
Injuries
She injured her right leg in a crash during the marathon at the 2006 World Championship in Assen, Netherlands. She spent one year recovering from the injury. (Athlete, 16 Aug 2010)
Sporting philosophy / motto
"Do not dream your life, live your dreams." (swissparalympic.ch, 2012)
Other information
RETIREMENT
In March 2015 she retired from para-athletics due to health problems. "The sport means a lot to me but health is the basis for my life. So I have now decided to step back from competitive sports." (paralympic.org, 19 Mar 2015)

ILLNESS
In 2014 she had inflammation of the sinuses, which caused her pain in her cheeks and forehead. (edith.ch, 30 Apr 2014)