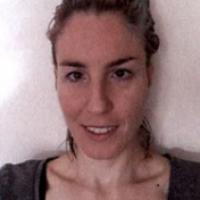 When and where did you begin this sport?
She took up the sport in Barcelona, Spain.
Why this sport?
She enjoys athletics as it gives her the desire to improve herself.
Club / Team
Club Atletico L'Hospitalet Atletisme ISS: Spain
Name of coach
Roger Esteve [partner, personal], ESP

Memorable sporting achievement
Winning gold in the T12 marathon at the 2016 Paralympic Games in Rio de Janeiro. (Athlete, 17 Jul 2017)
Most influential person in career
Her coach. (Athlete, 17 Jul 2017)
Hero / Idol
Spanish Para long distance runner Manuel Garnica. (Athlete, 17 Jul 2017)
Sporting philosophy / motto
"Train, eat, sleep and repeat." (Athlete, 17 Jul 2017)
Awards and honours
In 2019 she was presented with the Special Award of the city of Castelldefels in Spain. The honour recognises people and associations that have contributed to the spread the values of liberty, equality, solidarity, progress and civility. (elcastell.org, 15 Apr 2019)

In 2013 she received the Silver Medal of the Royal Order of Sports Merit of Spain. (regiondigital.com, 29 Oct 2013)
Ambitions
To compete at the 2020 Paralympic Games in Tokyo. (puntvalles.com, 04 Feb 2019)
Impairment
She has a hereditary impairment that causes the gradual loss of sight. (elcastell.org, 15 Apr 2019; sportec.es, 09 Dec 2009)
Other information
NO GUIDE
She did not run with a guide in the marathon at the 2016 Olympic Games in Rio de Janeiro, where she won gold in the T12 classification. One of the issues she faced was collecting her drink at the hydration stations, while another was knowing the exact pace she was running at. "When I train and compete, I know what pace I'm following thanks to the GPS watch I wear. Yes it is true that, more or less, this rhythm is internalised, but sometimes I think that I'm doing well and it turns out that I am running 20 seconds slower per kilometre. The problem is that I do not see the watch and it is the guide who tells me the pace." (puntvalles.com, 04 Feb 2019)

STRICT DIET
She stopped drinking milk in 2008 and then gradually started to leave meat and sugar out of her diet. "I went to a naturopathic doctor and he encouraged me to eat only fruit for a week, and then start with a vegan diet. I thought It would be impossible to face my training sessions having only eaten fruit. I tried it and it was the opposite, I had more energy, vitality and I felt super good. I started to feel much better and the workouts were superb. Then, when you find out what the food industry does to animals, you just convince yourself to continue with the lifestyle. They tell me I'm crazy but my results have endorsed my decision." (puntvalles.com, 04 Feb 2019)

SWITCH TO MARATHON
She was a specialist in the 1500m event until the marathon was included for her impairment category in the Paralympic programme for 2016. "I convinced my coach Roger Esteve to do it. At the beginning he told me I was crazy, but once I adapted so well to the 3000m, 5000m, and 10,000m we decided to do it. For me the event is a new challenge." (avancedeportivo.es, 02 Mar 2016; runners.es, 01 Mar 2016)