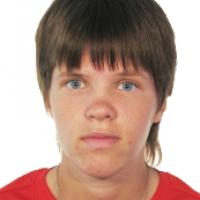 When and where did you begin this sport?
She began skiing in 1995 in Shadrinsk, Russian Federation, and took up the sport seriously in 2009 in Tyumen, Russian Federation.
Club / Team
Tyumen Regional Centre of Sports Preparation: Russia
Name of coach
Alexei Kobelev [personal], RUS