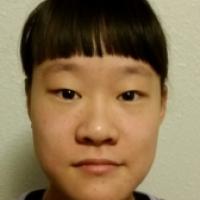 Why this sport?
She was introduced to the sport by Phillip Croft, a fellow member of ParaSport Spokane who has also represented the United States of America in Para athletes. Croft had lived in the same orphanage as her in the People's Republic of China.
Club / Team
ParaSport Spokane: United States

Other sports
She also plays wheelchair basketball and was a member of the ParaSport Spokane team that took part in the 2016 Women's National Wheelchair Basketball Tournament. She won the Tournament Sportsmanship Award at the event. (nwba.org, 21 Mar 2016)
Ambitions
To compete at the 2020 Paralympic Games in Tokyo. (chinaorphans.org, 01 Feb 2017)
Impairment
She was born with congenital talipes equinovarus, commonly known as club foot, and spinal abnormalities. (agapeflh.org, 31 Dec 2012)
Other information
FROM CHINA TO THE UNITED STATES
She was born in the People's Republic of China and lived in an orphanage there until 2012, when she was adopted by the Floch family and moved to the United States of America. Her adoptive parents, Jewel and Clay Floch, spent four years as coordinators of an orphanage for children with impairments in the People's Republic of China. (showhope.org, 07 Feb 2014, bigbend.edu, 18 Dec 2015)

FAMILY
In 2001 her adoptive parents lost their two biological sons, Ryan and Drew Floch, along with their cousin and grandfather, after their boat capsized while fishing off the Washington coast. Since then, Big Bend Community College, where Ryan was a basketball player and Drew was attending on an academic scholarship, has held a memorial basketball game in their memory. The last memorial game was held in 2016, where Elizabeth took part in a wheelchair basketball match at half time. (spokesman.com, 15 Dec 2009; bigbend.edu, 18 Dec 2015; showhope.org, 07 Feb 2014)