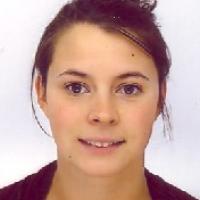 When and where did you begin this sport?
She learned to swim at age three in the south of Wales.
Why this sport?
Her mother originally took her swimming as part of her physiotherapy.

Nicknames
Liz, The Lizard (paralympics.org.uk, 23 Jan 2010)
Memorable sporting achievement
Winning gold in the SB6 100m at the 2008 Paralympic Games in Beijing. (swimming.org, 2013)
Most influential person in career
Her mother. (swimming.org, 2013)
Hero / Idol
US track athlete Michael Johnson, English footballer David Beckham, and her mother. (British Swimming Media Guide, 10 Jul 2011)
Injuries
A shoulder injury hampered her training leading up to the 2008 Paralympic Games in Beijing. (timesonline.co.uk, 13 Sep 2008)
Sporting philosophy / motto
"Follow your dreams and don't give up. Use your disappointments to fuel your ambition." (britishswimming.org, 23 Jan 2010)
Awards and honours
In January 2015 she received an honorary fellowship from Swansea University in Wales. (bbc.co.uk, 26 Jan 2015)

She received the Princess Diana Achievement Award in 2000. (paralympics.org.uk, 23 Jan 2010)
Other information
RETIREMENT
She announced her retirement from competitive para-swimming in 2016. "In December, I underwent surgery for a hernia repair and unfortunately I ended up being out of training for longer than I had envisaged which resulted in me missing a large portion of the crucial winter workload. Since recovering, my team and I have been trying to play catch up but we know my body and we know where I need to be and unfortunately the trials have simply come too soon. Whilst this presents a big change in my life and the direction that this year will take for me, I can't be sad. I've been extremely privileged to be able to do something that I love and compete at the highest level for almost 20 years." (paralympic.org, 21 Apr 2016)

BREAK
She did not compete throughout 2013, having chosen to focus on her charity projects. (walesonline.co.uk, 22 Jul 2014)

EMOTIONAL VICTORY
She dedicated her victory at the 2008 Paralympic Games in Beijing to her mother Bonnie, who had lost her battle with cancer 11 days earlier. "I'd always got so worked up about messing up in races, but this time the outcome didn't really matter. It couldn't make anything feel worse. As it turns out, I won gold for Britain and for Mum. It was bittersweet. She'd never see this, never hold my medal or, more importantly, hold me again. But I know she'd have been so happy for me." (dailymail.co.uk, 28 Aug 2012)

CHARITY WORK
She took part in the 2014 London Triathlon in England as part of Team Panathlon, whose other two members were British Paralympic cyclist Jody Cundy and British Paralympic 800m runner Danny Crates. The money they raised went towards the Panathlon fund which helps children with impairments get involved in sports. In 2013 she was involved in a sponsored swim at the University of Bath in England to raise money for DreamFlight, a charity that sends seriously ill children on dream holidays. (panathlon.com, 26 Sep 2014; thisisbath.co.uk, 28 Mar 2013)