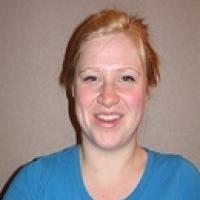 When and where did you begin this sport?
She began competing at age nine.
Why this sport?
She had taken swimming lessons from a young age. In 2003, she was invited to try for the North West Disability [NWD] squad by British Paralympic gold medallist Sarah Storey.
Club / Team
Preston Swimming Club: England
Name of coach
Samir Ahmed [club]; Rob Greenwood [national], GBR
Training Regime
She trains six days per week.

Illness meant she could not compete in the British Championships in March 2009. (southportvisiter.co.uk, 27 May 2010)
Sporting philosophy / motto
"Life isn't about waiting for the storm to pass, it's about learning to dance in the rain." (Twitter profile, 08 Oct 2014)