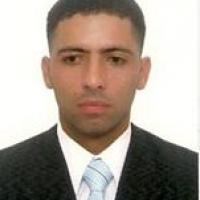 When and where did you begin this sport?
He began running at age seven and in 2004 found he could compete in events specifically for people with an impairment.
Why this sport?
As a boy he had to run 10km each day to school. In 2004 he met Juan Carlos Cardona, an athlete with links to the Colombian Paralympic Committee. Cardona encouraged him to take the sport more seriously.

In 2008 he won the Fox Sports Sport Recognition Award, and the United Nations High Commissioner for Refugees [UNHCR] Recognition Award. (Athlete, 26 Nov 2010)
Impairment
He was diagnosed with Stargardt disease at age five. (bbc.co.uk, 08 Sep 2012; la-lupa.com, 01 Aug 2016)
Other information
ILLNESS
He suffered from gastritis throughout 2014, which resulted in him only competing in a small number of competitions. He returned to full health in December 2014. "I supervised my house construction, which brought me a lot of stress and I began to get sick. Moreover, I couldn't rest well and I neglected my diet." (paralympic.org, 15 Jan 2015)

FAMILY ESCAPE
In 1988 his family had to leave their house in the village of La Magdalena, near Urrao, Colombia, and move to the city of Medellin because of the threat of violence from guerrillas. (bbc.co.uk, 08 Sep 2012; elmundo.com, 01 Dec 2011)