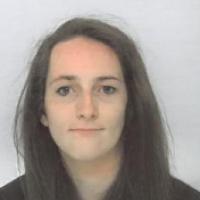 When and where did you begin this sport?
She got involved in Para athletics in 2013 in Sheffield, England.
Why this sport?
She was inspired after watching the 2012 Paralympic Games in London. "I was totally in awe of the London 2012 Paralympics, which was strange for me as I was not a massive fan of watching sport. When they put out the flame at the closing ceremony, I can't even describe in words how I sat on my sofa just wanting to take up a sport, any sport."

Sporting philosophy / motto
"My advice is get involved in whatever you can because you never know where it might lead you. I feel like I am living the dream." (shu.ac.uk, 01 Jan 2017)
Awards and honours
In January 2017 she was presented with the Point of Light award by the prime minister of Great Britain. The honour recognises volunteers who make a difference in their communities. (LinkedIn profile, 15 Nov 2019)

She was named Most Inspirational Person/Organisation at the 2016 Accessible Derbyshire Awards in England. (LinkedIn profile, 15 Nov 2019)

In 2015 she was named a Jack Wills Young Brit of the Year. (shu.ac.uk, 01 Jan 2016)
Ambitions
To compete at the Paralympic Games. (scci.org.uk, 01 Oct 2017)
Impairment
She was born with cerebral palsy. The condition affects all of her limbs. (derbyshiretimes.co.uk, 09 Jun 2015; independentliving.co.uk, 01 May 2013)
Other information
RACERUNNING AMBASSADOR
She was introduced to RaceRunning through British charity Cerebral Palsy Sport, and set up a club while studying at Sheffield Hallam University in England. RaceRunning was officially recognised by the International Paralympic Committee [IPC] in 2017. "When I first saw a RaceRunner at an athletics competition I was amazed. I tried it out and thought it was so great that I wanted to offer it to other people, so I set up England's first RaceRunning club at the English Institute of Sport. Since 2015 we have been campaigning for RaceRunning to be recognised by the International Paralympic Committee. Now it has. I always believed, I always dreamed. Now my craziest of dreams has come true." (enablemagazine.co.uk, 24 Jul 2019; shu.ac.uk, 20 Oct 2017, 01 Jan 2017)

CHARITY WORK
In 2013 she founded the charity CP Teens UK, which aims to connect young people who have cerebral palsy or a similar impairment. She initially ran the organisation from home, and it continued to grow while she was studying at Sheffield Hallam University in England. The charity expanded to incorporate CP Tinies, for children up to age eight, and CP Tweens, for ages nine to 13. "I went online and I couldn't find any support groups so I thought I would set up my own. When you're at home it's easy to think there's no one out there, but once you realise there are people your life opens up. It was hard, but because I really enjoyed both my degree and the charity it never seemed too much." In March 2020 she became an ambassador for British charity Cerebral Palsy Sport. (Twitter profile, 22 Sep 2020; cpsport.org, 05 Mar 2020; LinkedIn profile, 15 Nov 2019; enablemagazine.co.uk, 24 Jul 2019; CP Teens UK Twitter profile, 22 Jul 2019; worldcpday.co.uk, 01 Oct 2016)