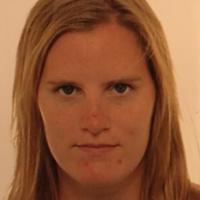 When and where did you begin this sport?
She took up athletics in 2007.
Why this sport?
"During physical education classes in elementary school, I noticed that athletics was something that suited me. It's a fun activity, and it is wonderful to set new goals for yourself and work to reach them, to have something to aim for. Training drives me forward."
Club / Team
Huddinge AIS: Sweden
Name of coach
Magnus Olsson [national], SWE