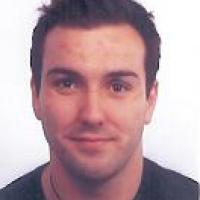 When and where did you begin this sport?
He took up the sport at age 18.

Hobbies
Travel, cooking, socialising. (Facebook page, 20 Oct 2017)
Memorable sporting achievement
Winning a total of nine medals at the Paralympic Games between 2000 and 2012. (SportsDeskOnline, 18 Apr 2019; Facebook page, 20 Oct 2017)
Injuries
He was diagnosed with a brain tumour during his preparations for the 2008 Paralympic Games He had surgery to prevent the tumour from spreading and recovered in time to compete at the Games, where he won a silver medal. (vivirextremadura.es, 28 Aug 2012; vivirextremadura.es, 28 Aug 2012)
Sporting philosophy / motto
"If you believe in yourself, your dreams will be limitless." (Twitter profile, 11 Jun 2018)
Awards and honours
In 2013 he received the Silver Medal of the Royal Order of Sports Merit in Spain. (trainersparalimpicos.fundaciononce.es, 2013)

In 2000 and 2008 he was named Best Sportsman of Extremadura in Spain. (trainersparalimpicos.fundaciononce.es, 2013)

He has received the Golden Shield of the city of Badajoz in Spain, and the Gold Medal of the region of Extremadura. (trainersparalimpicos.fundaciononce.es, 2013)
Impairment
He was diagnosed with a vision impairment in 1998. (trainersparalimpicos.fundaciononce.es, 01 Jan 2014)
Other information
RETIREMENT
He retired from competitive Para swimming in 2012. (efloriano.blogspot.com.es, 16 Mar 2015, elperiodicoextremadura.com, 09 Apr 2014; 20minutos.es, 20 Nov 2014)