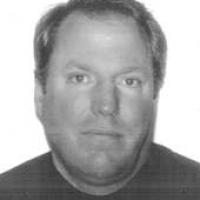 When and where did you begin this sport?
He was accepted into the national shooting team in 2004.
Why this sport?
He had been a tactical shooter when he served with the US Army and thought his ability would transfer to the sport after his accident.
Name of coach
Bob Foth [national], USA
Handedness
Right

He received the Fair Play Award at the 2010 World Championships in Zagreb, Croatia, after calling a 10-point deduction against himself for accidentally firing a shot above his target. (teamusa.org, 02 Aug 2010)
Famous relatives
His daughter Payten has competed in skiing at junior level in United States of America. (usashooting.org, 08 Mar 2012)
Impairment
In 2001 he was working at his horse farm in Tennessee, United States of America, when his tractor tipped over and pinned him to the ground. He sustained dislocations of his third and fourth lumbar vertebrae [back] resulting in quadriplegia, a ruptured diaphragm, a broken pelvis and a torn aorta. (adn.com, 27 Oct 2014; army.mil, 09 Sep 2012; usashooting.org, 08 Mar 2012; sowkweb.usc.edu, 09 Feb 2012)
Other information
OTHER STUDIES
In 2014 he graduated with a master's degree in social work counselling from the University of Southern California in Los Angeles, CA, United States of America. (Facebook profile, 20 Dec 2014; teamusa.org, 17 Mar 2011)