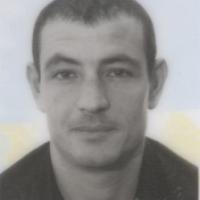 When and where did you begin this sport?
He began training in 2008 in Sevastopol, Ukraine.
Why this sport?
For rehabilitation purposes, he began rowing but was told that his back was weak, then tried fencing but was told that his hand was weak, so finally he switched to swimming, enjoyed it and told his coach that he wanted to start training seriously.
Club / Team
Invasport: Sevastopol, UKR
Name of coach
Irina Mashchenko

Memorable sporting achievement
His performance at the 2012 Paralympic Games in London and 2013 World Championships in Montreal, Canada. (Athlete, 02 May 2015)
Awards and honours
He holds the title of Honoured Master of Sport in the Russian Federation. (Athlete, 10 May 2015)

In 2011 the city of Sevastopol named him and his wife at the time, Olga Mustafaieva, as its Best Paralympic Athletes. (an.crimea.ua, 05 Sep 2012)
Famous relatives
His former wife, Olga Mustafaieva, competed in para-shooting at the 2012 Paralympic Games in London. (kianews.com.ua, 01 Sep 2012)
Impairment
At age five, he was diagnosed with Charcot-Marie-Tooth disease which causes disorders of the peripheral nervous system and loss of muscle tissue. (invasport.org.ua, 11 Jun 2013)
Other information
FROM UKRAINE TO RUSSIA
He originally competed for Ukraine, but switched to compete for Russia in 2014. (Athlete, 10 May 2015)