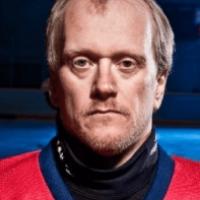 When and where did you begin this sport?
He took up the sport in 1993 in Lillehammer, Norway.
Why this sport?
He wanted to practise a team sport.
Club / Team
Valerenga Ishockey: Oslo, NOR
Name of coach
Espen Hegde [national], NOR
Preferred position / style / stance / technique
Defence

PARALYMPIC ROMANCE
He married Shauna Maria Whyte, a fellow Paralympian, after they met during the 2006 Paralympic Winter Games in Turin. (vancouversun.com, 20 Mar 2010)