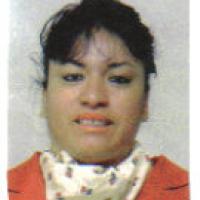 In 2004 she was named the Woman of the Year by Glamour magazine, in its Spanish version. (medulardigital.com, 01 Mar 2012)

The Paralympic High Performance Centre in Sonora, Mexico was named after her. (diariodelyaqui.mx, 09 Jul 2015)
Impairment
She has paraplegia as a result of the effects of polio contracted at nine months old. (medulardigital.com, 01 Mar 2012)
Other information
OTHER ACTIVITIES
She is the president of the social service Discapacitados de Ciudad Obregon [Impaired People of Obregon City]. (tribuna.info, 06 Feb 2016)

TRAINING FIELD HONOUR
A training field for impaired athletes is named after her in Obregon City, Mexico. (archivo.eluniversal.com.mx, 11 Feb 2012)