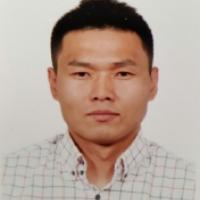 When and where did you begin this sport?
He took up the sport in August 2015 with Changsung Engineering and Construction in Hoenggye, Republic of Korea.
Why this sport?
He previously participated in Para ice hockey and Para cycling. "When I was playing hockey and cycling constantly, one of my friends suggested I join the Para Nordic ski club. Since I am not that young and it was a very special chance to participate in the Paralympics held in my own country [2018 Paralympic Winter Games in Pyeongchang], I decided to take up Nordic skiing."
Club / Team
Changsung Engineering and Construction : Korea
Name of coach
Yoo Ki-Won [club, national], KOR

In 2018 he was presented with a Merit Award by the governor of South Chungcheong Province in Republic of Korea. (weeklytrade.co.kr, 19 Dec 2018)

In 2018 he was given the Best Men's Paralympian Award at the Sogang Athletics Grand Awards in Republic of Korea. (kwnews.co.kr, 01 May 2018)

In 2018 he received an Excellence Para Athlete Award at the 23rd Coca-Cola Athletics Awards in Republic of Korea. (coca-colajourney.co.kr, 27 Mar 2018)

He was the flag bearer for the Republic of Korea at the opening ceremony of the 2018 Paralympic Winter Games in Pyeongchang. (pyeongchang2018.com, 09 Mar 2018)
Other sports
He competed in both cross-country skiing and biathlon at the 2018 Paralympic Winter Games in Pyeongchang. He has also played Para ice hockey at international level, and has participated in wheelchair basketball and Para cycling at national level in the Republic of Korea. (SportsDeskOnline, 25 Nov 2020; cnhappynews.kr, 10 Nov 2015; 2014npg.kosad.or.kr, 05 Nov 2014; pointstreak.com, 25 Oct 2013; ccdailynews.com, 27 Oct 2020; welfarenews.net, 12 Feb 2020)
Milestones
In 2017 he became the first person representing the Republic of Korea to win a medal in Para biathlon at the world championships when he took bronze in the 12.5km middle sitting event in Finsterau, Germany. A few days later he became the first Korean athlete to win a medal in Para cross-country skiing at the world championships when he claimed silver in the 15km sitting event. (fasterskier.com, 25 May 2017; SportsDeskOnline, 26 Dec 2018)

He also became the first Korean athlete to win a gold medal in any sport at the Paralympic Winter Games by claiming victory in the 7.5km cross-country skiing sitting event at the 2018 Games in Pyeongchang. (SportsDeskOnline, 26 Dec 2018)
Ambitions
To win a gold medal at the 2022 Paralympic Winter Games in Beijing. (sedaily.com, 27 Oct 2018; news.joins.com, 16 Dec 2018; welfarenews.net, 12 Feb 2020)
Impairment
In February 2006, the day before his college graduation, he lost both of his legs in a car accident. (Athlete, 11 Mar 2018)