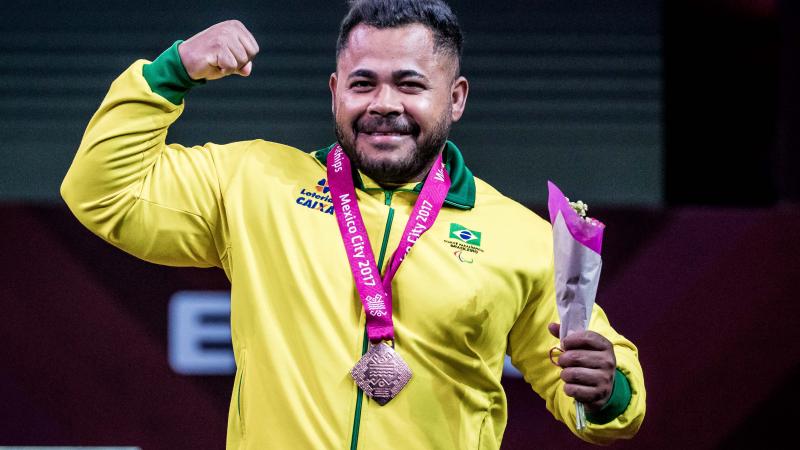 He also claimed Brazil’s first ever powerlifting medal at his home Paralympics at Rio 2016, with silver in the men’s up to 88kg.

His lift of 210kg was a career best, as he pulled out all the stops to win a medal.

Having debuted in 2010 in the then up to 67.5kg, Da Silva has slowly moved up the weight categories over the years.

He did not compete at London 2012, but two years later did enter the 2014 World Championships. There he missed out on the podium in the men’s up to 88kg, but his sixth place finish was encouraging for his debut.

Following that result, Da Silva shredded down to enter the up to 80kg where he won the title at the 2015 Americas Open Championships. The same year he went on to claim gold at the Parapan American Games in Toronto, Canada, with a new Games record.

When and where did you begin this sport?
He began powerlifting in 2010 in Praia Grande, Brazil.
Why this sport?
He enjoyed lifting weights and was invited to try powerlifting by a friend.
Club / Team
Associacao Esportiva de Apoio aos Atletas [AESA-ITU]: Itu, BRA
Name of coach
Valdecir Lopes [club, national], BRA