The General Assembly is the supreme authority of the IPC which meets every two years. It last met in December 2011 in Beijing, China, and the last elections took place in 2009 in Kuala Lumpur, Malaysia.

The 2013 IPC General Assembly and Conference will take place from 22 – 24 November 2013 at the Athenaeum Intercontinental Hotel in Athens, Greece.

The IPC Conference will take place on 22 November, and the General Assembly will be held from 23-24 November.

On 24 November, elections for the IPC Governing Board will also take place. Up for election will be the position of IPC President, Vice President and 10 members at large.

The IPC is grateful to the support of Athens Airport who will ensure a smooth arrival and departure for all attending guests.

Registration is essential and compulsory as only individuals that have been appointed by an IPC Member and have completed all the registration procedures will be eligible to receive an accreditation badge in accordance with the IPC Accreditation Policy.

All organisations must complete their registration online and on behalf of all individuals in their delegation (including official delegates, guides, interpreters, observers and accompanying guests). In addition to completing the online registration, participants must submit the mandates form for their delegation to IPC Membership Relations Manager Claire Magras.

The deadline for both of these submissions is 23 September 2013.

As in previous General Assemblies a registration fee has been established to cover some of the expenses for the organisation of the event. Participants should log in to the database above in order to get more information about registration fees, payment processes and cancellations periods.

The 2013 Paralympic Sport Awards which will take place in Athens, Greece as a part of the IPC General Assembly and Conference, and are proudly partnered by the IPC’s International Partner Allianz.

Due to a record number of nominations this year from members, the IPC has decided to split the best Games debut award into two categories for males and females.

Click here to view the complete shortlist of nominations for the awards.

The IPC will be able to offer a solidarity programme for selected NPCs to attend the 2013 IPC General Assembly and Conference.

To receive solidarity NPCs must be an IPC member in good standing by 30 June 2013 and fulfill all the conditions described in the “Solidarity Information” document sent out mid-June. Applications for solidarity should be submitted in a formal letter and include the rationale for the request.

All solidarity letters must be submitted before 23 August 2013 via ga2013@paralympic.org. 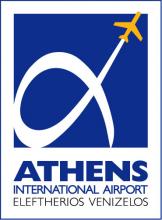