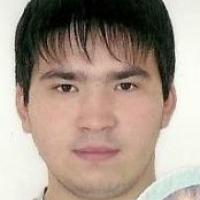 When and where did you begin this sport?
He began training in 2009 in the Udmurtia region of the Russian Federation.
Why this sport?
"It was difficult to understand that I had become a person with an impairment. I thought of how to move on, and sport became a rescue for me."
Club / Team
Phoenix: Russia
Name of coach
Valery Karpov [club], RUS; Andrey Timokhin [club], RUS; Ruslan Batyrshin [national], RUS
Preferred position / style / stance / technique
Forward

He has received the title of Honoured Master of Sport in the Russian Federation. (minsport.gov.ru, 26 Apr 2021)
Impairment
At age 10 he tried to jump on to a train but lost his balance and fell underneath it. He lost both of his legs in the accident. (dislife.ru, 03 Feb 2014; mozhga.net, 02 Dec 2013)