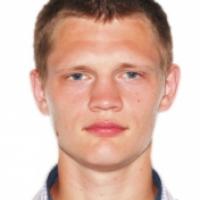 When and where did you begin this sport?
He began training seriously in 2009 in St. Petersburg, Russian Federation.
Why this sport?
His parents offered him the chance to study in St. Petersburg, Russian Federation. He was spotted by athletics coaches there.
Club / Team
St. Petersburg Athletics Academy [RUS] / Evgenii Shvetsov Adaptive Sports School [RUS]:
Name of coach
Elena Zatsepina [personal], RUS, from 2009; Vitaly Averkin [personal], RUS

He has received the Order of Friendship of the Republic of Mordovia. The medal is in commemoration of the 1,000th anniversary of the unification of the Mordovian and Russian people. (mordovia-news.ru, 27 Feb 2013)