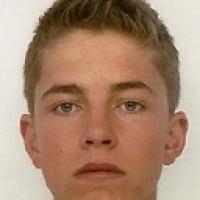 When and where did you begin this sport?
He took up the sport in 2015.
Why this sport?
He wanted to return to sport soon after his accident. He first tried wheelchair rugby and later handcycling before opting for Para athletics. "I realised individual sports suited me well. When it all depends upon me, it's easy to improve my performance."
Training Regime
He does six training sessions per week on his wheelchair. He also has three weekly strength training sessions at the gym.

Nicknames
Fabu (petri-heil.ch, 21 Nov 2016)
Hobbies
Fishing. (Facebook profile, 31 May 2019)
Other sports
Prior to his injury, he competed in artistic gymnastics at national level. (ibelieveinyou.ch, 01 Jan 2018)
Ambitions
To compete at the 2020 Paralympic Games in Tokyo. (migrosmagazin.ch, 05 Dec 2016)
Impairment
In November 2014 he landed on his head after attempting a double somersault during a gymnastics training session. He injured his spinal cord and spent a number of months rehabilitating at the Swiss Paraplegic Centre in Nottwil. (migrosmagazin.ch, 05 Dec 2016)
Other information
FISHERMAN
In 2015 he was presented with a new fishing boat by the Swiss television programme 'Happy Days'. He had been a keen fisherman before his accident, but getting on to the water became a problem for him when he began using a wheelchair. One of his friends then contacted the producers of the show, who presented Blum with a boat that had a number of special features to enable him easy access. These included a ramp at the front so he could board without being carried, steering aids on the wheel and a modified control console. "I never thought I'd get a boat, one of my dreams has come true." (migrosmagazin.ch, 05 Dec 2016; petri-heil.ch, 21 Nov 2016)