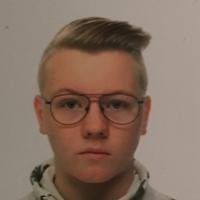 Why this sport?
He also tried table tennis and golf before deciding to focus on swimming. "Swimming is a very good sport, I don't have to use my arms and legs all the time, which makes it easier for me to do a sport. When I see that it is going well I am even more motivated."
Club / Team
Osby Simsallskap : Sweden
Training Regime
He trains five times a week.