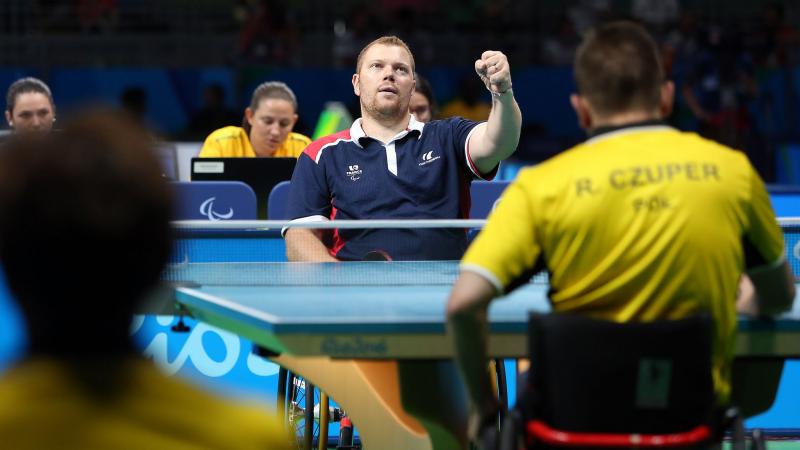 Reigning Paralympic singles champion Fabien Lamirault continues to hold the top spot in the men’s class 2 world rankings. He successfully defended his World Championships gold last October in Lasko, Slovenia. The victory was even more rewarding after a disappointing 2017 European Championships; he did not make it out of the quarter finals and therefore could not defend his title.

The Frenchman made an outstanding Paralympics debut when he claimed a pair of medals at London 2012 and two years later earned his first Worlds titles, winning both singles and team events.

Lamirault got to call himself a Paralympic champion at Rio 2016, and completed a full set of major titles after capturing European golds in 2015 in Vejle, Denmark.

Lamirault became a quadriplegic after a car accident in 1998. He was introduced to table tennis during rehabilitation.