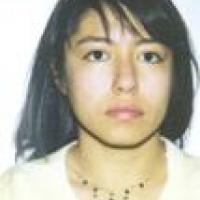 When and where did you begin this sport?
She began swimming at age 15.
Why this sport?
She was encouraged to take up swimming in order to improve her mobility.
Club / Team
Estado de Aguascalientes: Mexico

Memorable sporting achievement
Winning bronze in the S2 100m backstroke at the 2020 Paralympic Games in Tokyo. (milenio.com, 25 Aug 2021)
Most influential person in career
Her parents. (Athlete, 18 Jul 2015)
Sporting philosophy / motto
"There are no limits if you really want something." (ultra.com.mx, 2011)
Awards and honours
In 2011, 2013, and 2015 she received the State Sports Award in Aguascalientes, Mexico. (oem.com.mx, 17 Oct 2015; agssports.com, 01 Mar 2013)
Impairment
She was born with arthrogryposis multiplex congenita [AMC], which meant her limbs did not fully develop. (espndeportes.espn.com, 05 Oct 2016; pagina24.com.mx, 13 Jul 2016)
Other information
BREAK AND RETURN
After competing at the 2016 Paralympic Games in Rio de Janeiro, she took a two-year break from the sport to focus on her studies at the University of the Valley of Mexico. She continued to train in Para swimming during her break from competition, and decided to return to the sport with a view to competing at the 2020 Paralympic Games in Tokyo. "It is impossible to leave it, they are habits that are already part of life for people who compete in sport at a professional level. I think it is very difficult to be able to separate yourself from that 100%. Regardless of the fact that I no longer competed, I kept going to train at the pool. Currently [speaking in 2020] I am working in a law firm, at the same time that I am going to train, work and compete." (liderempresarial.com, 24 Jan 2020)

FURTHER EDUCATION
She has studied for a master's degree in public administration and political science at Anahuac University in Mexico. (milenio.com, 25 Aug 2021)