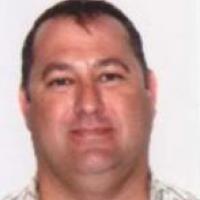 When and where did you begin this sport?
He started athletics in 1993 in South Africa.
Why this sport?
After his injury he realised he could transfer the physical conditioning, balance and lightning reflexes he had developed during his years of playing rugby on to the athletics field.

Hobbies
Fishing, golf, bow hunting. (Athlete, 22 Jan 2011)
Injuries
He injured his ankle during the pentathlon event at the 2000 Olympic Games in Sydney but still competed. (news24.com, 22 Oct 2000)
Sporting philosophy / motto
"Go for gold." (Athlete, 22 Jan 2011)
Awards and honours
He was awarded the Order of Ikhamanga in Silver for excellent achievement in the field of athletics and serving as a role-model to all South Africans at the 2005 National Orders awards in South Africa. (info.gov.za, 27 Sep 2005)

He was named the 2004 Supersport Disabled Athlete of the Decade by the International Paralympics Committee. (info.gov.za, 27 Sep 2005)
Other sports
He played rugby internationally prior to having his leg amputated. (Athlete, 22 Jan 2011)
Ambitions
"I love the sport and will give back to the junior levels after my career." (Athlete, 22 Jan 2011)
Impairment
He suffered a rugby injury in 1993 when he tore a ligament that would not heal. He used crutches for a year but became so frustrated at not being able to run and stay active that he decided to have his leg amputated. (sportsillustrated.cnn.com, 26 Oct 2000)
Other information
DOPING CONTROVERSY
After winning gold in the men's F42 discus at the 2011 IPC World Athletics Championships, he had an "adverse doping result" for probenecid, used to treat gout. The IPC said "a hearing revealed the substance had been prescribed to him by a family physician for a medical reason. However, the athlete did not have a therapeutic use exemption." He was fined 1,500 euros and suspended for one year. (paralympic.org, 07 Apr 2011; walesonline.co.uk, 08 Apr 2011)

ON COMPETING
"Our competition is more exciting to watch, because it's more equal. You're put in a class with guys with the same disability as you. That's what it's about: guys using their disability, using a bit of technology, to come out there and just go [crazy]." (sportsillustrated.cnn.com, 26 Oct 2000)

RETIREMENT
He announced he was going to retire after the 2004 Olympic Games in Athens as he wished to concentrate on his career, but he decided to return to competition. (nedbank.co.za, 04 Oct 2004)

ON ALMOST FORGETTING HIS PROSTHETIC LEG AT THE OLYMPIC GAMES
He was leaving the athlete's village for an event at the 2004 Olympic Games in Athens and did not have his prosthetic leg. Luckily fellow athlete, Oscar Pistorius noticed that he did not have his leg and he still had time to rush back and get it. (southafrica.info, 20 Sep 2004)

BREAKING HIS PROSTHETIC LEG DURING COMPETITION
While competing in the javelin event at the 2000 Paralympic Games in Sydney the titanium adapter between the lower leg and the knee-joint broke off his prosthetic leg and he limped off the field for repairs. A spare had arrived from South Africa so it was able to be repaired. (news24.com, 22 Oct 2000)