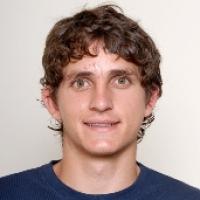 When and where did you begin this sport?
He took up athletics in 2003 at high school in Virginia, South Africa.
Why this sport?
He loves running.
Club / Team
Maties ParaSport Club: Stellenbosch, RSA
Name of coach
Suzanne Ferreira [club], RSA

OTHER ACTIVITIES
Along with his brother Chris, he runs a non-profit coaching and life mentoring organisation named Inspired 2 Become. It focuses on alternative action sports and athletics for people with an impairment. (givengain.com, 26 Apr 2013; sun.ac.za, 30 Mar 2016)