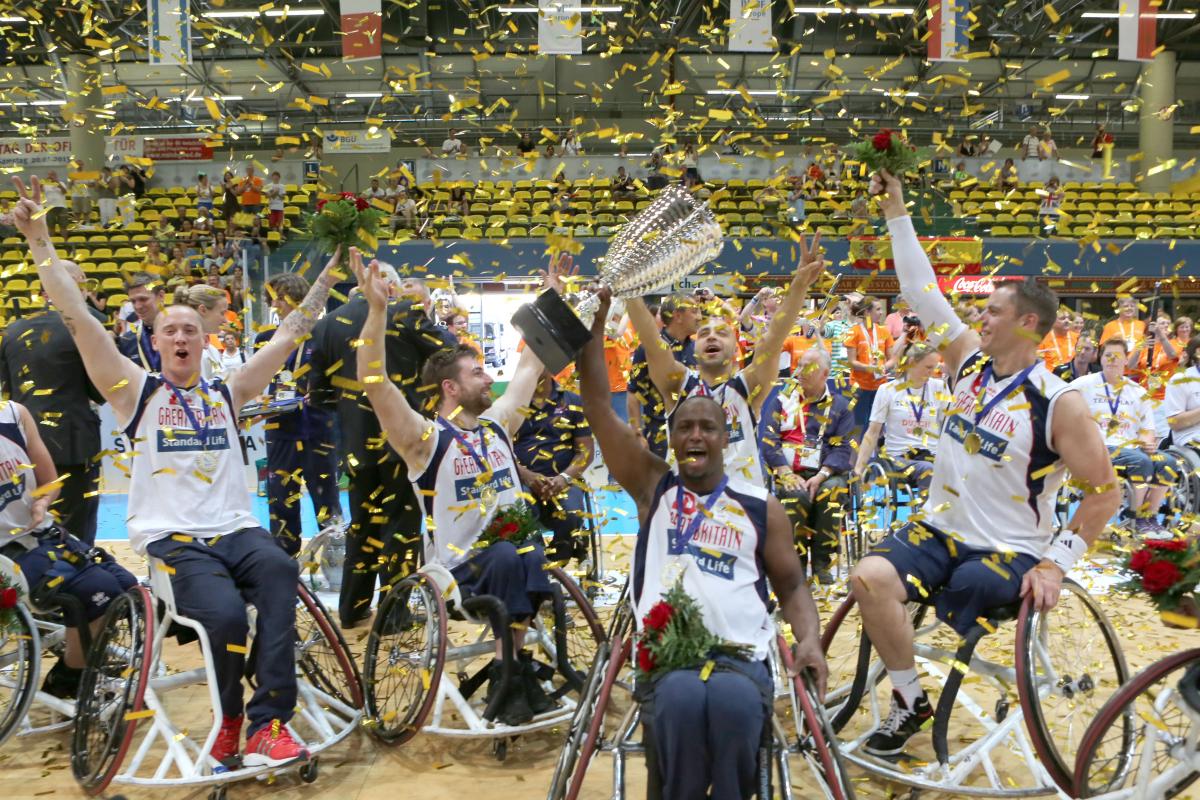 ⒸBritish Wheelchair Basketball
By Nate Williams For the IPC

“We have three sessions a day, so I plan my praying time around them, but if I am late for one by about five minutes, the coach is very understanding and I don’t really have any problems with managing when to pray and when to not pray.”

Just a couple of weeks removed from winning another European title with Great Britain’s men’s wheelchair basketball programme, team captain Abdi Jama has his mind set on a different type of challenge.

As well as knocking down one of the winning shots in Great Britain’s 59-57 hard-fought win over Turkey in the final, Jama is a devout Muslim who is currently celebrating the holy month of Ramadan.

Ramadan is a period in the Islamic calendar where Muslims fast for a month and they must include extra prayers during this time. They are only allowed one meal before sunrise and after sunset on each day. This year, it runs from 8 July - 7 August.

It is going to be quite a busy time for the 2008 Paralympic bronze medallist, as he will have to go through 19 hours of starvation per day whilst taking care of a newborn baby, whom his wife Khadra is expected to give birth to any day now.

Juggling from all sides

Jama now admits he never let his phone leave his side in Frankfurt during the European Championships.

“I’ve got Ramadan to do and my wife Khadra is due to have a baby anytime so that is another challenge for me,” he said.

“I’ve got so many names in my head it’s crazy but we’ve been married for just over two years and we are very excited.

In regards to Ramadan, Jama explained that the length of fasting is not as tough as it sounds.

“I was brought up as a Muslim so it’s second nature to me and I don’t even need to prepare myself,” he said.

“It is not as hard as people make it out to be. As long as you are determined to do something and your body gets used to it, anything is possible. It is a funny thing when you put barriers in to try and achieve things and you can achieve anything in life that you put your mind to.”

Jama added that the important spiritual lesson to be learned from Ramadan is what the poor and less fortunate goes through every day after a lack of food and water that we sometimes take for granted.

“It’s a month of reflecting about the needs of poor people and finding your inner-spirit and everything in that sense,” he said. “It’s a month of sacrifice that you make to Allah and you put your body through starvation to know how poor people feel by not having any food, water or anything for that matter.”

The proud captain of Great Britain will be praying at least five times a day and said his coaches and teammates are very supportive and understanding of organising his prayers around training.

“We have three sessions a day, so I plan my praying time around them, but if I am late for one by about five minutes, the coach is very understanding and I don’t really have any problems with managing when to pray and when to not pray,” he said.

“We are like a family and we look after each other and its great to have that unity which is probably what made us win the European championship.

“I am proud and honoured to be a part of this team. Winning the European Championships back-to-back was one of the first targets we were looking at as a squad and the team spirit that we had to win and to lift that trophy up was phenomenal.”