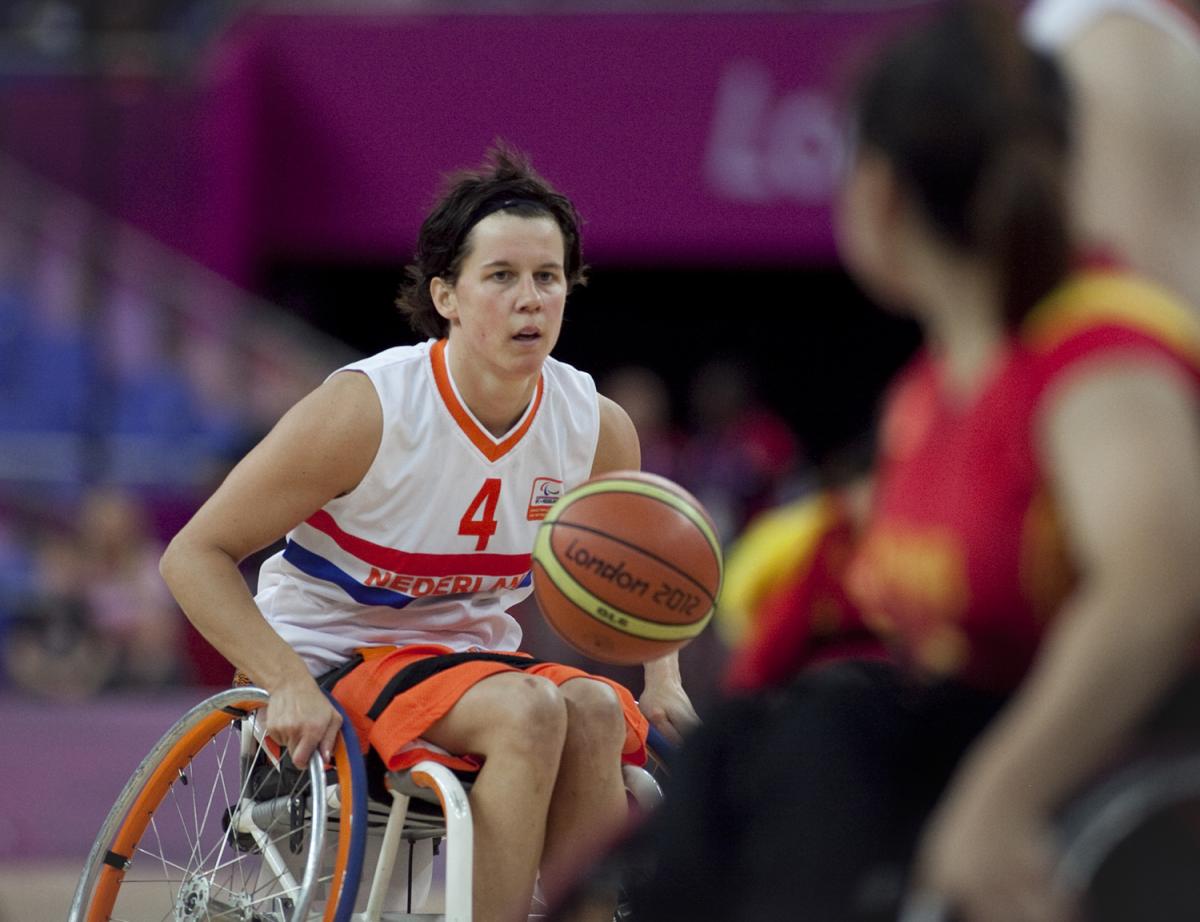 ⒸGetty Images
By Joel Mackenzie | For the IPC

“It doesn’t make me small when the crowd is loud making a lot of noise; that’s what I love and that’s when I play my best.”

The Netherlands’s women’s wheelchair basketball team’s victory at the IWBF Wheelchair Basketball European Championships last week was their first regional title in 16 years, and it earned them a place at the 2014 World Championships.

The Netherlands have been building a world-class teams for years, as they took fourth place at the Beijing 2008 Paralympics, bronze at London 2012, and now a gold medal at the 2013 European Championships.

One of the stars of the Dutch team, Inge Huitzing, will be 40 years old during next year’s World Championships and will turn 42 before the next Paralympic Games in Rio, but said she has no intention of retiring before then.

“One hundred per cent I want to be on court in Canada next year and in Rio in 2016,” she said.

“I have a lot of experience and I am most valuable to the team on court, so that’s where I want to be.”

In contrast, teammate Mariska Beijer will turn just 23 at next year’s World Championships and it’s Huitzing’s combination with the young star that has catapulted the Netherlands into serious contention to win their first World Championship ever next year.

“We are both high-point players but that’s the only comparison between our games,” Huitzing said.

“Mariska likes to get under the basket and score, but my game is more shooting. I feel most confident playing point guard and assisting other players.

“We have a great inside-outside mix and it makes us really hard to defend.”

Previously the hunter, the Netherlands will become the hunted after defeating current Paralympic champions Germany.

“We won’t think about Germany or any country any differently in the next tournament,” Huitzing said.

“It is good for the Netherlands to be recognised as one of the top teams in the world, but we will just concentrate on ourselves and our own game.

“We have excellent coaching staff with a lot of wheelchair basketball knowledge and they are very good at getting us ready for the next challenge.”

Huitzing’s 24 points against Germany in the final were a catalyst for the Dutch win in Frankfurt, and she is known to thrive on the big stage. Her role as a senior player on the team is inherent with leadership responsibilities and it’s not something she’s shying away from.

Her calming influence and experience in pressure situations means Huitzing’s retirement plans are on hold – perhaps until after she wins gold at the World Championships or Paralympics.

“It doesn’t make me small when the crowd is loud making a lot of noise; that’s what I love and that’s when I play my best,” she said.