For the first time in more than a decade, Australia will send a Goalball team to the Paralympic Games, led by 23-year-old captain Meica Christensen. 15 May 2012
Imagen 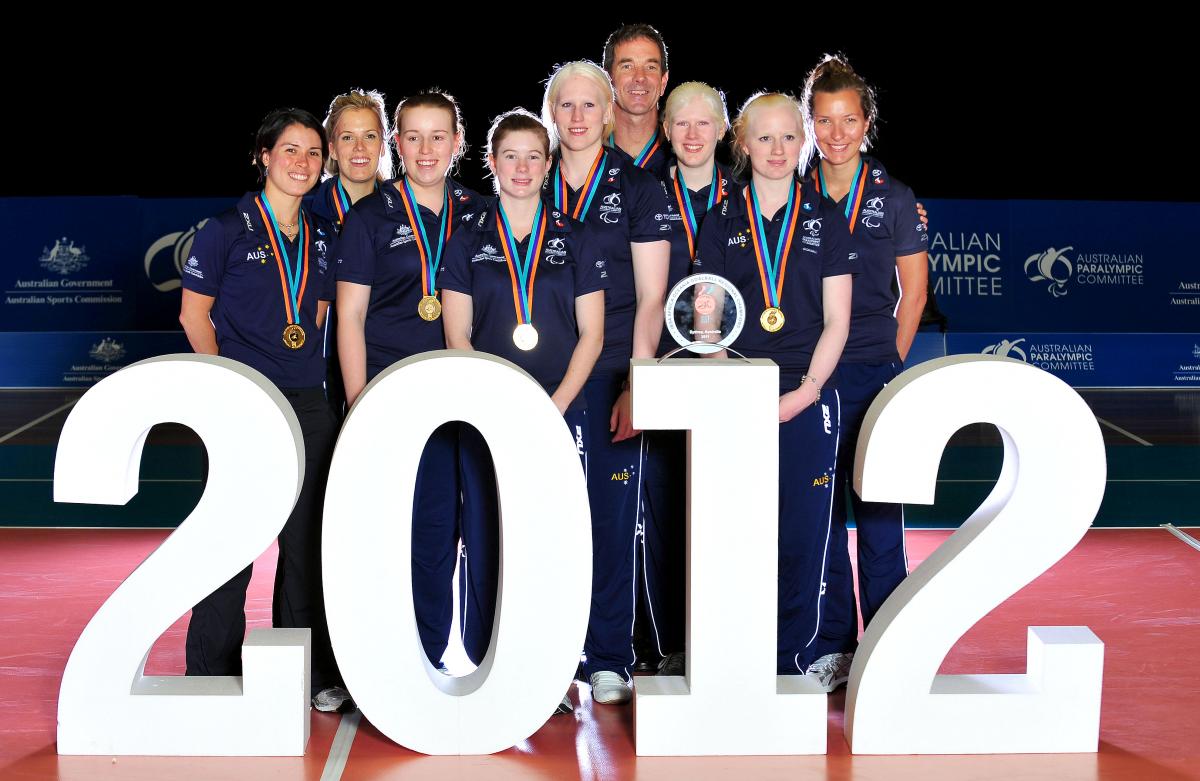 Australia's women's team became the first Goalball squad to qualify for the Paralympics from the country since the Sydney 2000 Games.

“We are going in as the underdog and that is an exciting position to be in, without the pressure of expectation to medal or back up a result.”

At London 2012, Australia will compete in Goalball at the Paralympic Games for the first time since Sydney 2000.

It will be the team’s first Paralympic appearance since its home Games in Sydney in 2002.

Currently ranked eighth in the world, Australia has yet to win a Goalball medal on the Paralympic stage since the sport was added to the programme in 1976.

“We have a young team who are determined to show the world what they are capable of, they are training exceptionally hard and their success will no doubt put this truly unique Paralympic sport into the spotlight in Australia,” said Australian Paralympic Committee CEO Jason Hellwig.

Having made her Australian debut in 2004, Christensen, 23, is the longest serving member of the team and, after eight years, is excited to lead her team into a Paralympic Games.

“It doesn’t feel real just yet. But it was a relief to finally get in the squad and know I’m going over to London,” said Christensen, who loves to indulge in the team song, ‘The Final Countdown,’ before each game.

“We just want to do our best in London, and that means training as hard as we can now. I don’t want to hope for a medal, I just want to show the world what we are made of and just know we have done our best.”

In London, Australia will compete in Group B, along with China, USA, Sweden, Japan and Canada.

USA won Paralympic gold at the last Games, and China won silver, so Australia definitely has a tall task ahead of itself.

But head coach Georgina Kenaghan believes with the hard work behind them, the team is capable of something special.

“We are going in as the underdog and that is an exciting position to be in, without the pressure of expectation to medal or back up a result,” she said.

“We have made improvements in the tournaments we competed in over the last two years – with these girls, anything is possible.”