Belarus’ Shaptsiaboi has Ambitions for London and Sochi

Vasili Shaptsiaboi is showing his strength on both the track and on the snow. 23 Nov 2011
Imagen 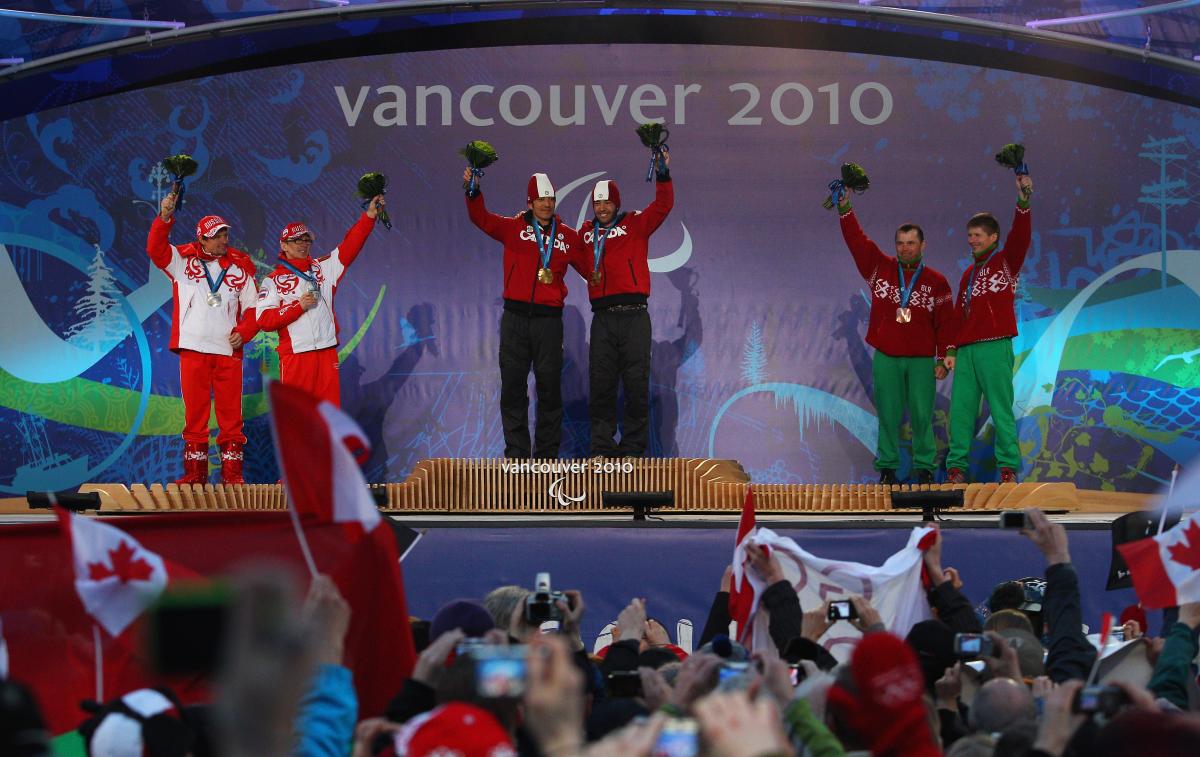 Belarus’ Vasili Shaptsiaboi is a Paralympic all-arounder with ambitions to race for gold at the London 2012 Paralympic Games and the Sochi 2014 Paralympic Winter Games.

He has a history of success at both summer and winter sports. He won bronze in the 4 x 400m T13 Track Athletics Relay in the Sydney 2000 Parlaympics and a gold in the Men's Tandem Road Race/Time Trial Visually Impaired at the Athens 2004 Paralympics.

To add to this, at the Vancouver 2010 Paralympic Winter Games, he won two bronze medals in the Biathlon 3km Pursuit and the Cross Country 20km Freestyle.

With a Summer Games gold already in the bag, his dream is to win gold at the Winter Paralympics.

“I am not an exception,” he said. “Like any sportsman, I would like to win the gold medal.”

His main focus this Nordic Skiing season will be on improving his shooting.

“This year I have a new shooting system for Biathlon and I’m paying more attention on shooting itself,” he said.

Shaptsiaboi is gearing up for the start of the IPC Nordic Skiing World Cup, which he says will be a tough start to the season.

“I think it will not be very easy to compete in Norway, as the competition is at the beginning of the season and the route will be rather complicated,” he said of the first World Cup event in Sjusjoe, Norway starting on 10 December 2011.

Shaptsiaboi, aged 32, says there are also a lot of up-coming younger skiers from the Ukraine, who may prove more formidable in the years to come, such as 21-year-olds Dmytro Shulga and Iurii Utkin.

At the same time as beating off this younger competition this season, Shaptsiaboi is hoping to qualify for the cycling events at the London 2012 Paralympic Games.