The Brazilian Football 7-a-Side squad heads off to compete at the BT Paralympic World Cup as a final tune-up for London 2012. 21 May 2012
Imagen 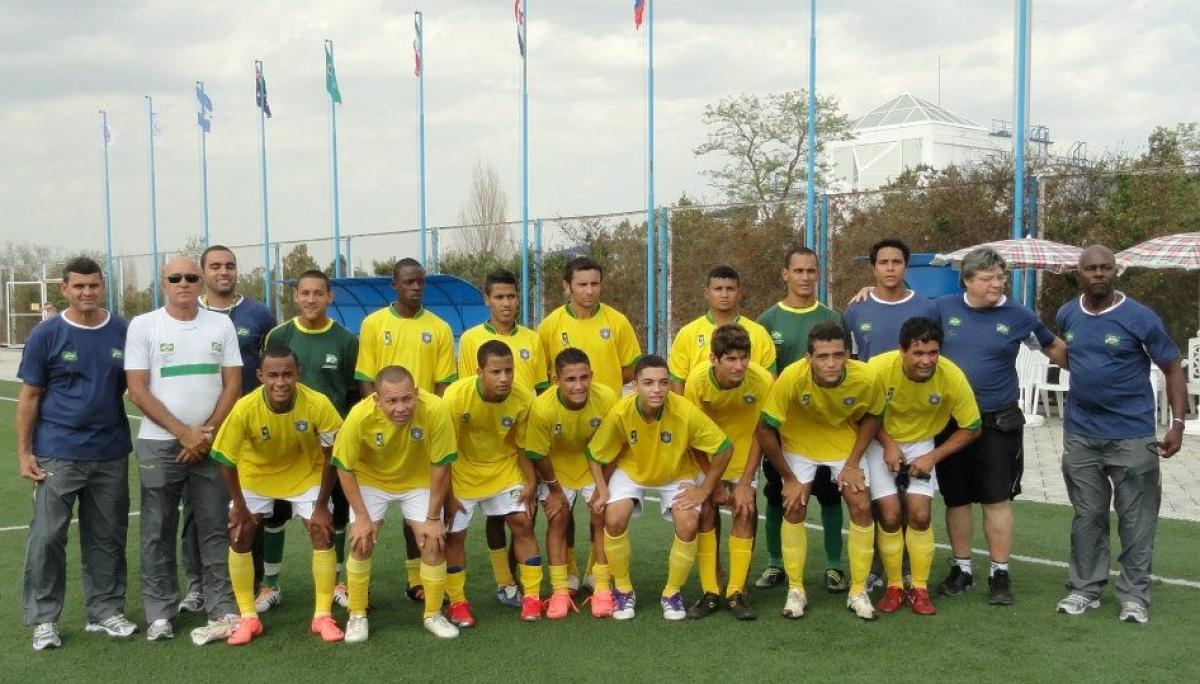 “It is a source of pride for me to take the flag of Brazil worldwide.”

With 100 days to go until the Paralympic Games kick off in London, Brazil’s Football 7-a-Side team is heading to Great Britain to compete in the BT Paralympic World Cup, where it will be favoured to top the podium in Manchester.

The three podium finishers from the Beijing 2008 Paralympic Games – Ukraine, Russia and Iran – will not be in Manchester, making Brazil, the fourth-place finisher at Beijing 2008, the team to beat.

“With the absence of our main rivals, Brazil comes as a favourite, and we are bound to win because the team is very strong,” said Wanderson Oliveira, who was elected the best player at the 2009 BT Paralympic World Cup.

Football 7-a-Side, a sport for athletes with cerebral palsy, is continuously growing throughout Brazil.

Though in the Paralympic world, it can sometimes takes a back seat to Football 5-a-Side (for the visually impaired), which Brazil is the two-time defending Paralympic champions in.

“The sport is growing, but still not enough,” said Brazilian goalkeeper Marcos Ferreira, who will be headed to his fifth Paralympic Games in London later this year.

“Many do not understand how the game is, for example. The Championships last year have opened some doors and new values have emerged, and this ensures the renewal of the sport.”

The team’s national co-ordinator, Hélio dos Santos, said many people in Brazil have cerebral palsy and do not even know it. Pushing the sport further into the spotlight would allow even more people there to take part in the country’s greatest passion.

Such was the case for Oliveira, who now feels like he is a part of a movement bigger than himself.

“It is a source of pride for me to take the flag of Brazil worldwide,” Oliveira said. “Since I started in the sport in 2007, I dedicate myself exclusively to Football 7-a-Side. I love the shirt I wear.”

Brazil starts off the competition in Manchester with a tough match against host nation Great Britain on Wednesday (23 May) that could draw a full house, and then it will also have to challenge the Netherlands and USA for the title.

“This will be our last challenge before the London Games,” Ferreira said. “Never have I heard of an international competition before the Paralympics in the same year and country that will host the Games.”

All of the Brazilians have already targeted their challengers for the podium, and they have 100 days left to analyze all three.

“In the Paralympics, the main opponents are Ukraine – Paralympic champions – Russia – owners of the world title – and Iran, which always comes in the top three,” said Ferreira, who added he is already glancing ahead toward hosting the Games in Rio in 2016.

Brazil is coming off a strong win against reigning Paralympic gold medallists Ukraine earlier this month, and the team’s national co-ordinator, Hélio dos Santos, believes there is no better preparation for London than the BT Paralympic World Cup.

While the host nation could challenge Brazil, it must also watch out for a Dutch squad that has grown tremendously on the pitch in just the last couple of years.

That could provide a good test for Brazil before it hits the big stage, giving it just the type of competition it needs at this point in time.

“Everything has to run the best in London,” Oliveira said. “We want to get there without any headaches.”