After winning their third straight Paralympic gold, the Canadians talked about how supportive the host nation’s fans were. 19 Mar 2014
Imagen 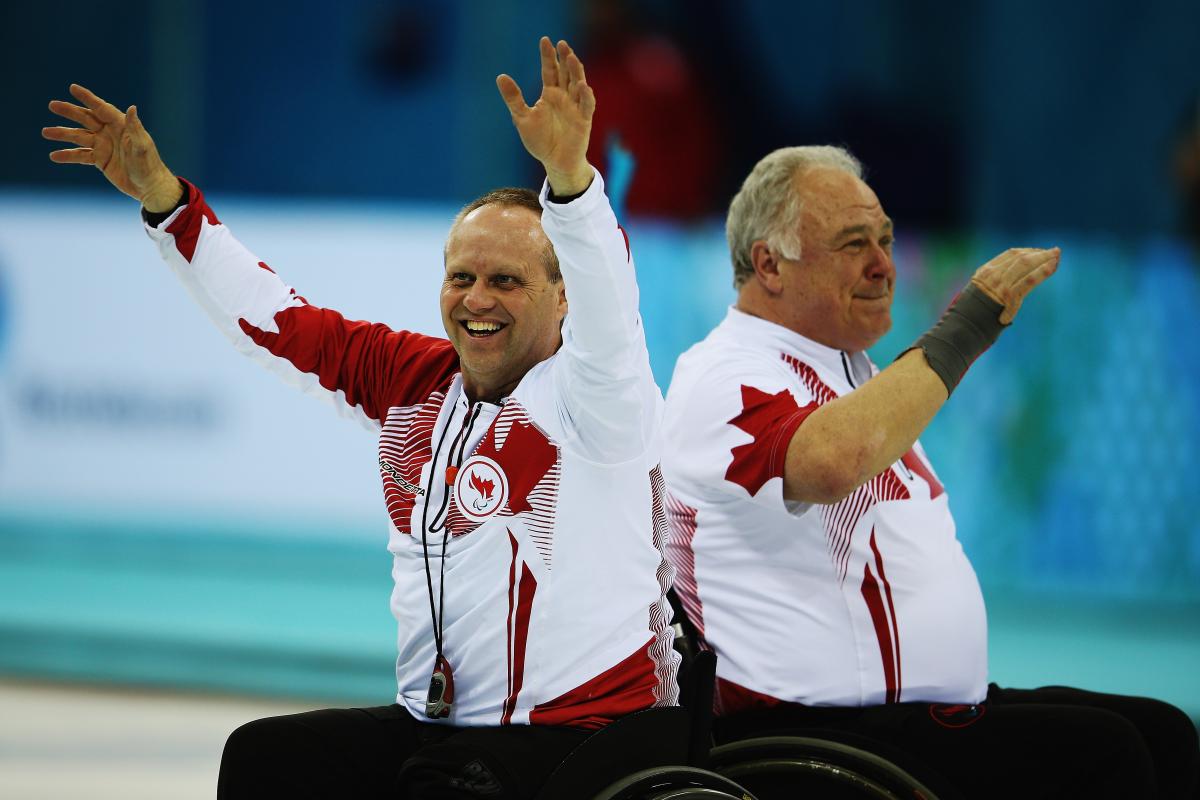 Dennis Thiessen celebrates with Jim Armstrong of Canada after winning the wheelchair curling gold-medal match against Russia at Sochi 2014.

“They were a Paralympic crowd. It’s a very unique experience. They were a younger crowd but they had a good time and they were very considerate. There was very few times when we were throwing stones that the crowd didn’t settle down.”

Imagine you are competing against the host nation in a major final of an international sporting event.

What would you expect? A chorus of boos every time you scored a point? A few cheers every time you missed an opportunity? The home crowd doing everything in their power to put you off your game?

Canadian skip Jim Armstrong witnessed the exact opposite in the wheelchair curling final of the Sochi 2014 Paralympic Winter Games.

Canada beat the home favourites Russia, 8-3, but Armstrong said the atmosphere was reminiscent of the host support they received to win gold at the Vancouver 2010 Paralympics.

“It reminds me of Vancouver,” he said.

“They’re very friendly and this experience in Sochi has been very similar to Vancouver. The crowd wasn’t against us. They were just for the home team and for curling.

“They were a Paralympic crowd. It’s a very unique experience. They were a younger crowd but they had a good time and they were very considerate. There was very few times when we were throwing stones that the crowd didn’t settle down. It’s all about the moment. It was wonderful to see how much the crowd enjoyed it.

“It’s been a tremendous experience and the Russian people should be very proud.”

Since Vancouver 2010, the undisputed Paralympic champions have only lost five matches – a record that still surprises Armstrong whenever his team’s remarkable streak is mentioned.

“I haven’t given it anymore thought though. It’s really something. I’m OK with losing as long as it’s not the big one.

“We struggled at times over the week but I think we got stronger as the tournament went on and that showed in our final game. Against Russia, the score didn’t reflect the level of play and we just got a little bit of an advantage in the middle ends and then it got easier for us to close out the game.”

Armstrong’s tip for similar success in curling is accuracy and being smart when it comes to making big plays that could change the scoreboard.

“It is technical and a lot of this sport is based on what you know between your ears," he said.

“You don’t have to make everything but you do have to make sure your shots are on the right side. There is always a right and a wrong way to miss. I always talk to my guys about the importance of that because it makes a big difference.”