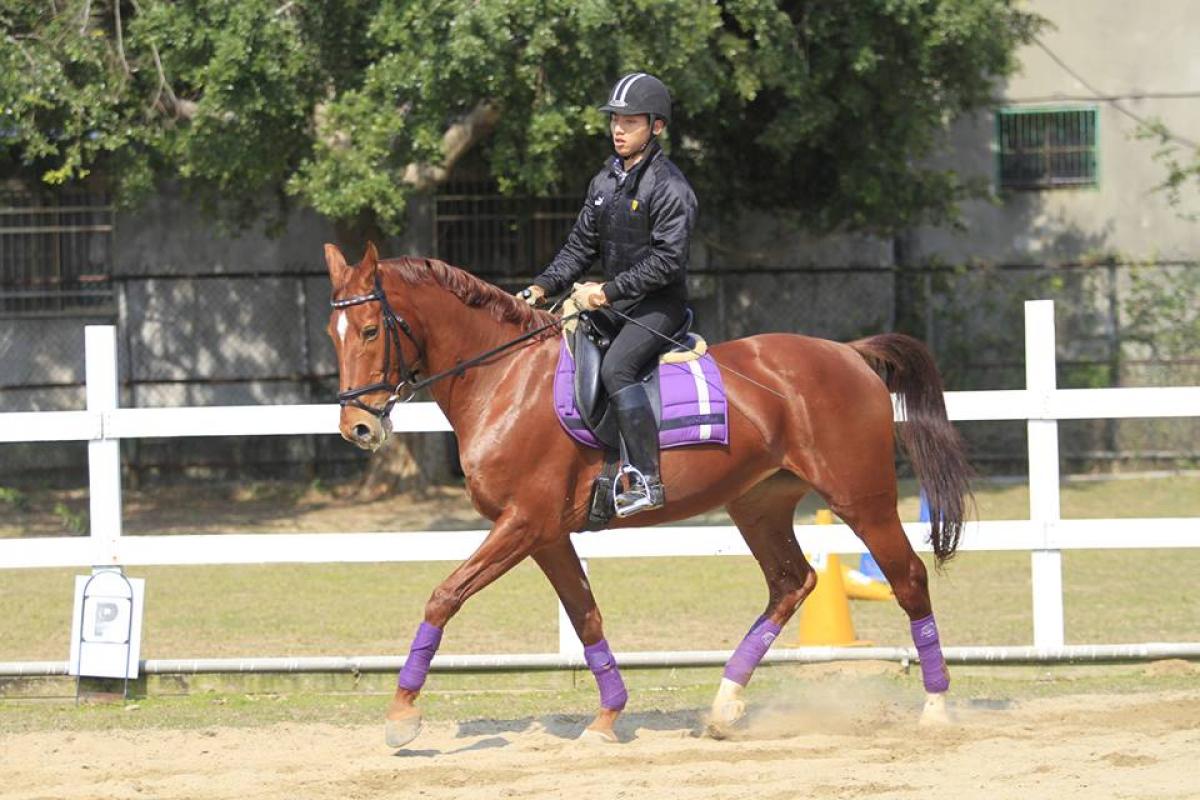 Yu Jen is one of the up-and-coming para-equestrian riders for Chinese Taipei.

“The new rule stipulating that qualifications are now only valid for horse and rider teams means that we now really need to have a horse in Europe to join key international competitions, which is a costly affair.”

Since the Atlanta 1996 Games, Chinese Taipei have won 21 Paralympic medals, mostly in the traditional Asian strongholds of powerlifting, table tennis and archery.

To date, the country has not yet won any medals in para-equestrian dressage. But that could change in the coming years as the country’s para-equestrian base starts to develop under the leadership of Uta Rindfleisch-Wu, Director of Para-Equestrian at the Chinese Taipei Equestrian Association.

It will not be easy, but Rindfleisch-Wu and her colleagues are focused on promoting and developing the sport at the highest, international level.

“The biggest challenge is to find the right horses and money to send our riders abroad,” she said. “The new rule stipulating that qualifications are now only valid for horse and rider teams means that we now really need to have a horse in Europe to join key international competitions, which is a costly affair.”

As well as her Director role, Rindfleisch-Wu is also a coach and programme director of the Therapeutic Riding Centre Taiwan (ThRCT). When para-equestrian became a discipline of the International Equestrian Federation (FEI), the ThRCT became a full member of the Chinese Taipei Equestrian Association.

“That’s when ThRCT became the driving force for the development of para-equestrian in Taiwan, and so far all of our riders have been recruited from the centre,” she said.

“I wasn’t originally interested in competitions, but when I saw how excited our riders were when competing, I became hooked too.”

And while not a dominant force in the global sport just yet Rindfleisch-Wu is far from writing off her country’s chances, hoping to qualify for their first Paralympics by Rio 2016 or Tokyo 2020.

The first step in their plan is to try and raise enough to send a rider and horse to Europe to try and qualify for this year’s Alltech FEI World Equestrian Games 2014 in France, in the hope that will stir up interest and further funding possibilities in the country.

Neighbouring Singapore has been the perfect example of how that can happen, said Rindfleisch-Wu.

To encourage the sport in the region and provide opportunities for para-riders to compete internationally, the ThRCT organises and hosts the Hope Cup, an International Competition for Physically and Mentally disabled riders from the Asian-Pacific Region every other year.

“We have not applied for FEI status for the Hope Cup yet because of the restriction regarding the sharing of horses,” Rindfleisch-Wu said.

“However, as the Paralympics in 2020 will be held comparatively close to us in Tokyo, we will try to organise an FEI qualifier in preparation for them.”

Uta Rindfleisch-Wu, right, has been instrumental in helping Chinese Taipei start up their para-equestrian programme.