Carlos Alberto Cortez Cabeza from El Salvador was athletic from a very young age, but now thanks to support from his NPC and the Agitos Foundation support, he has a chance to compete at an elite level. 02 Apr 2014
Imagen 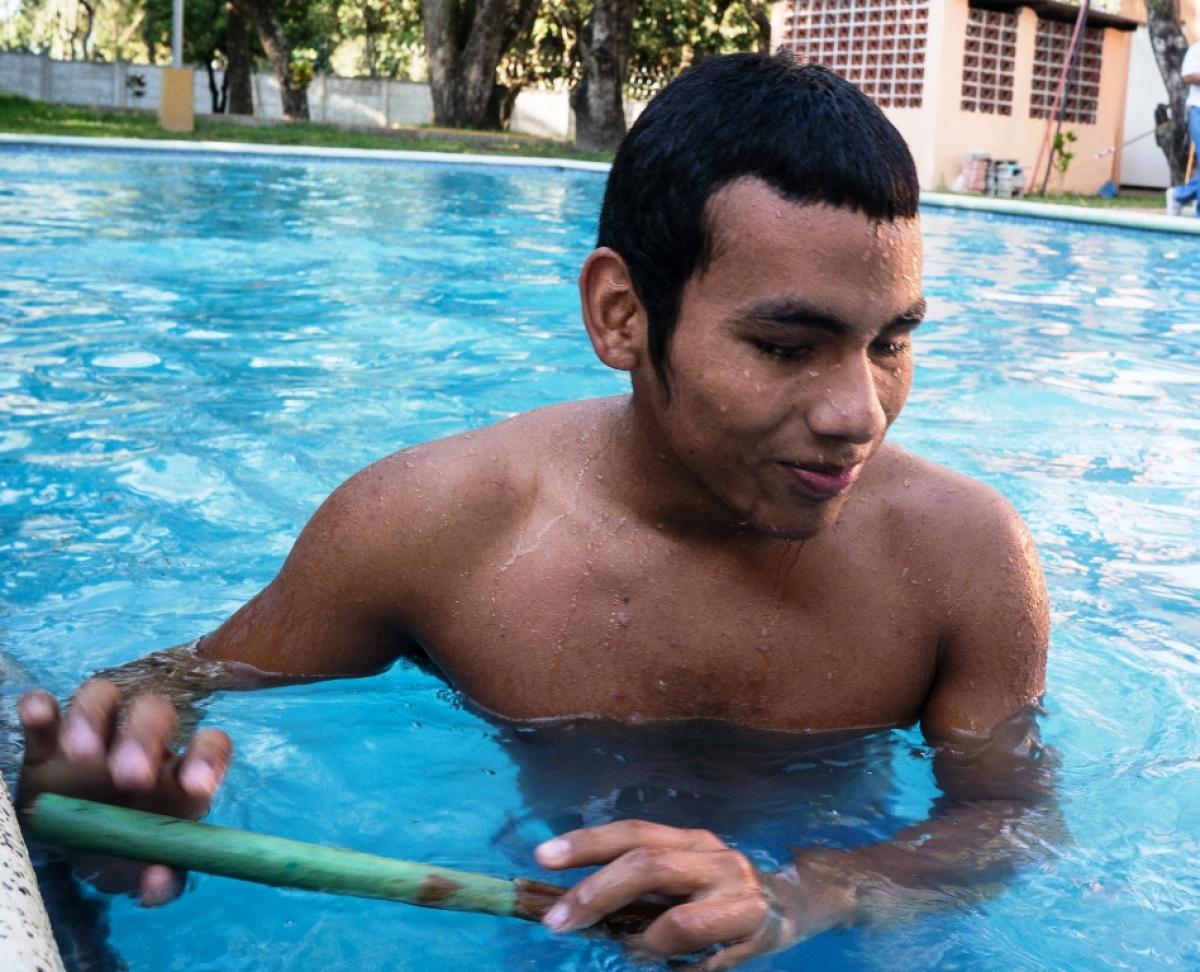 Carlos Alberto Cortez Cabeza has been swimming blind from a very young age in El Salvador.

Now, Cortez Cabeza is studying in his first year of high school, he has a scholarship from the National Institute of Sports of El Salvador (INDES) and is supported by El Salvador’s National Paralympic Committee.

Carlos Alberto Cortez Cabeza is like any other 17-year-old from Atiquizaya City, El Salvador. He is the youngest of three brothers and lives the same life any other teenager from the countryside would.

However, Cortez Cabeza is training to become a swimmer for his country through the Paralympic Schools Project in El Salvador.

"I never felt different from others, I adapted to my environment and my blindness does not affect me,” he said.

"I was about six years old when my sister took me to the river without anyone telling us anything, my parents did not even know because they worked all day. I started to float in the water and then I thought it was swimming, at least not drowning yet.”

And one day, that casual hobby became an ambition.

"A teacher approached me and guided me. I ended up competing for the first time in 2011, at the CODICADER Games in athletics, but then due to logistical issues my training stopped. But when the opportunity arose, I entered into the Paralympic Schools Project where they selected me and now I specialise in swimming."

Now, Cortez Cabeza is studying in his first year of high school, he has a scholarship from the National Institute of Sports of El Salvador (INDES) and is supported by El Salvador’s National Paralympic Committee.

He soon expects to hang on his chest "all the medals (he) can."