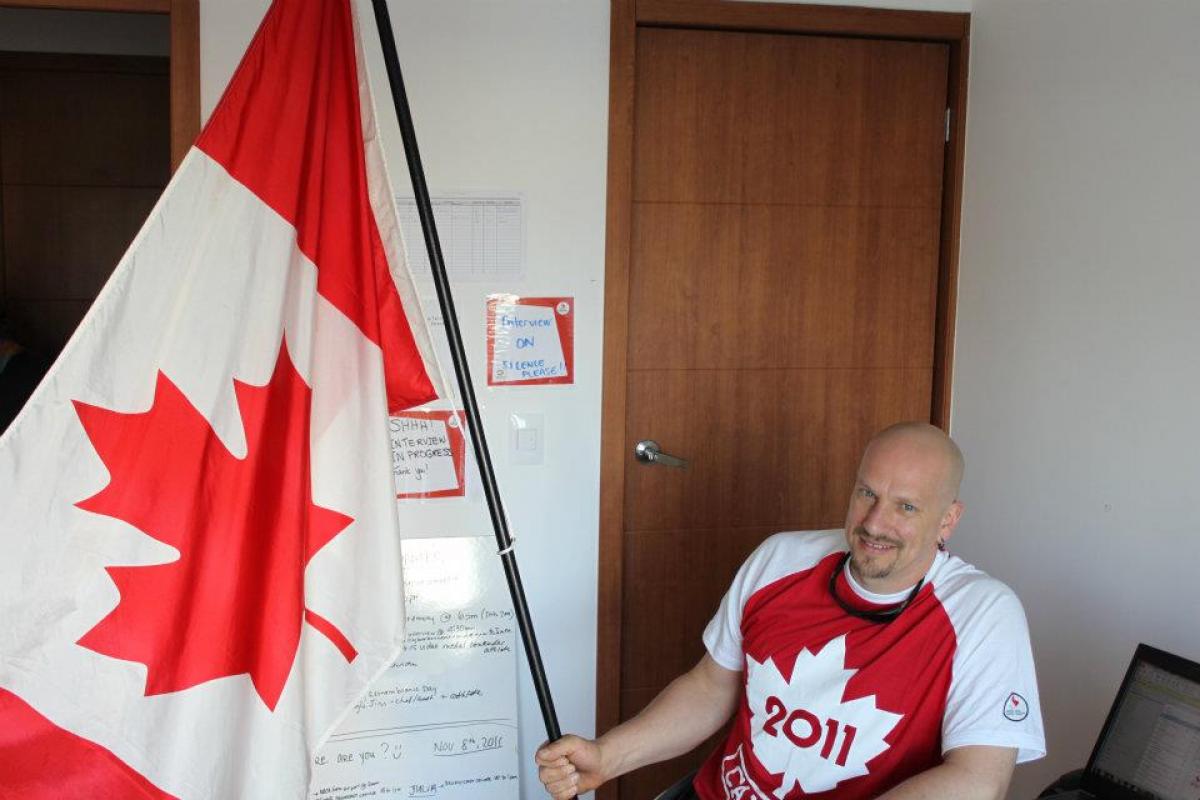 David Durepos (CAN) was Canada's flag bearer at the Opening Ceremony of the 2011 Parapan American Games in Guadalajara, Mexico

“These South American teams, they go on emotion. If their emotion is up they can be a real threat for any team.”

On Sunday (13 November) the Wheelchair Basketball competition at the Parapans will get underway featuring eight teams at the CODE Dome all of whom are aware a good finish is needed in order to secure Paralympic Games places.

Shortly after being named flag bearer for Team Canada, Durepos, a two-time Paralympic champion in 2000 and 2004, quickly turned his attention towards competition.

David Durepos said: “Our goal is to make the final. After that win or lose we have achieved our goal of qualification. I guess the big prize is London.

“We’re looking pretty good right now and although I don’t want to get ahead of ourselves, we should be fine.”

For the competition, Canada has been drawn in Group A alongside Columbia, El Salvador and Mexico, and Durepos is not expecting an easy ride in any of the matches.

“These South American teams, they go on emotion. If their emotion is up they can be a real threat for any team.”

Going into the Parapans, Canada has been boosted by the return of Patrick Anderson, the man often referred to as Wheelchair Basketball’s equivalent of Michael Jordan.

Following Canada’s silver medal finish at the Beijing 2008 Paralympics, Anderson retired and only decided to return to action earlier this year. Without Anderson, Canada could only finish seventh at last year’s World Championships, so Durepos is rightly pleased to see his old teammate back in the fold.

“He brings a lot to the team, not just on the court but off the court also.”

Durepos, is also delighted and humbled to be Canada’s flag bearer at Saturday’s Opening Ceremony although when told he needed to see Rob Needham, Canada’s Chef de Mission he was at first concerned. “When Rob brought me to his office I thought I was in trouble. Then he told me I was nominated to be flag bearer.

“It was an awesome feeling. To win a gold medal for your country in one thing, but to be flag bearer is also very special.”