Having won their final Paralympic tune-up, Iran heads to the Riverbank Arena in London as a dark horse in the Football 7-a-Side competition. 10 Aug 2012
Imagen 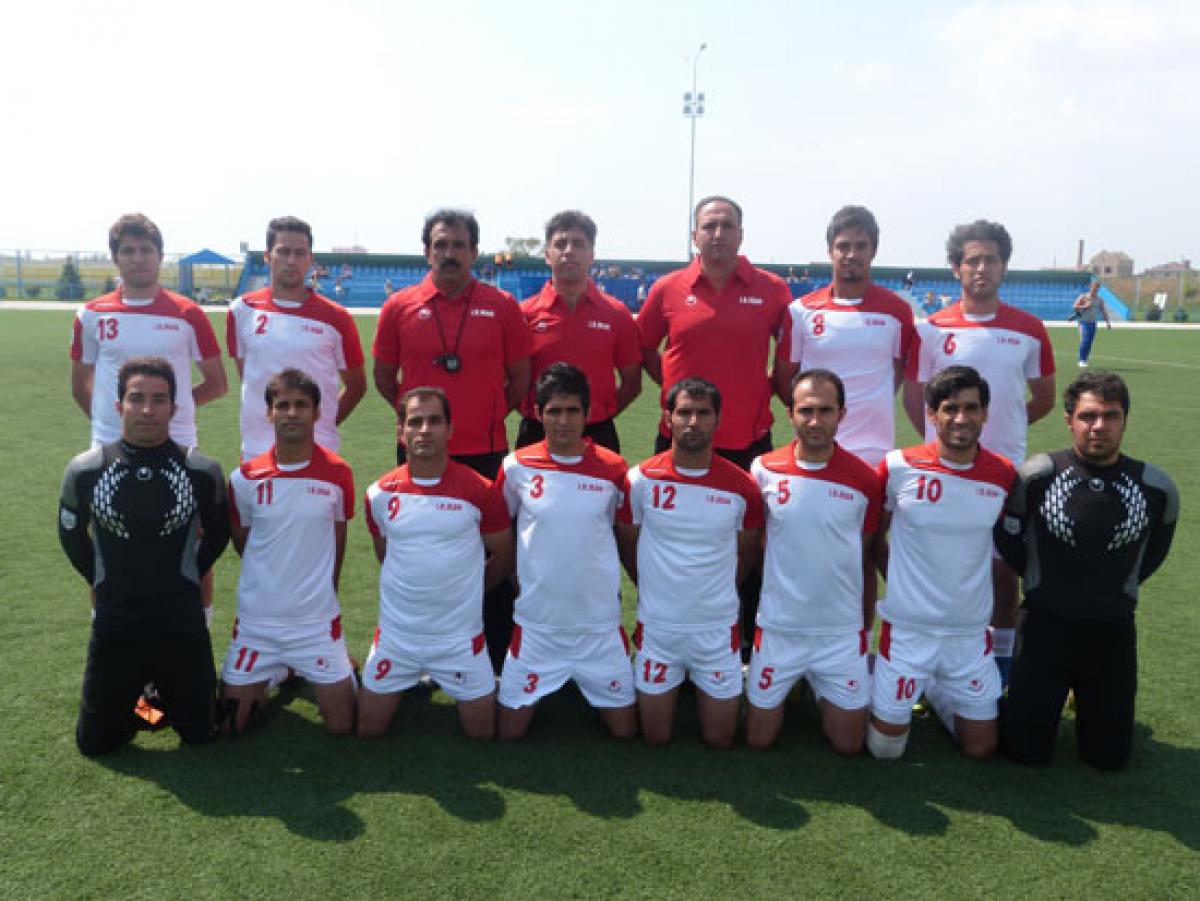 Iran's Football 7-a-Side team is coming off a first-place finish at their final Paralympic tune-up tournament in Ukraine.

“We are proceeding well and our training camps have been organized according to the schedule.”

Coming off their first Paralympic medal in Football 7-a-Side at Beijing 2008, Iran enter the London 2012 Paralympic Games with high hopes on the pitch.

Iran won bronze in Beijing after losing just one game during the preliminary competition and defeating Brazil, 4-0, in the third-place game.

With the way things are shaping up in 2012 for the team, including a first-place finish at May’s CPISRA International Tournament in Yevpatovia, Ukraine, there is no doubting the Iranians can claim bronze – or another colour – in London.

“We are proceeding well and our training camps have been organized according to the schedule,” Iran’s head coach Amin Allahmani said.

During their final Paralympic tune-up in Ukraine, Iran, led by top player Farzad Mehri, went undefeated in preliminary play with big wins against defending world champions Russia (4-1), as well as Argentina (4-0) and USA (9-0).

They then beat host nation Ukraine (4-1) in the semi-finals and slipped past Russia (3-1) once again in the finals for the tournament title.

Despite the victories, as well as a second-place finish at March’s CPISRA International Tournament in Sochi, Russia, Allahmani said he does not want his players to overlook Russia and Ukraine, who have been deemed the favourites in London.

“The Russian team is a very well-prepared team and they have a strong technical staff,” Allahmani said. “Our teams may face each other twice during the games.

“Ukraine’s team is strong and well-experienced. They have performed very well in the international arenas and most probably they will perform well in London.”

At Riverbank Arena, Iran first takes to the pitch in a preliminary round game against the Netherlands at 11:15 on 1 September. They will then face Argentina at 14:00 on 3 September and Russia at 9:00 on 5 September before seeing if they advance to a semi-final round that could provide crowds with quite the excitement.

“7-a-side football is an interesting sport and it is worth the payment you make to watch the games,” Allahmani said.