World Champion has his sights set on ending 15-years of Paralympic hurt, even working to qualify for the athletics World Championships in Lyon on his road to Sochi 2014. 04 Jun 2013
Imagen 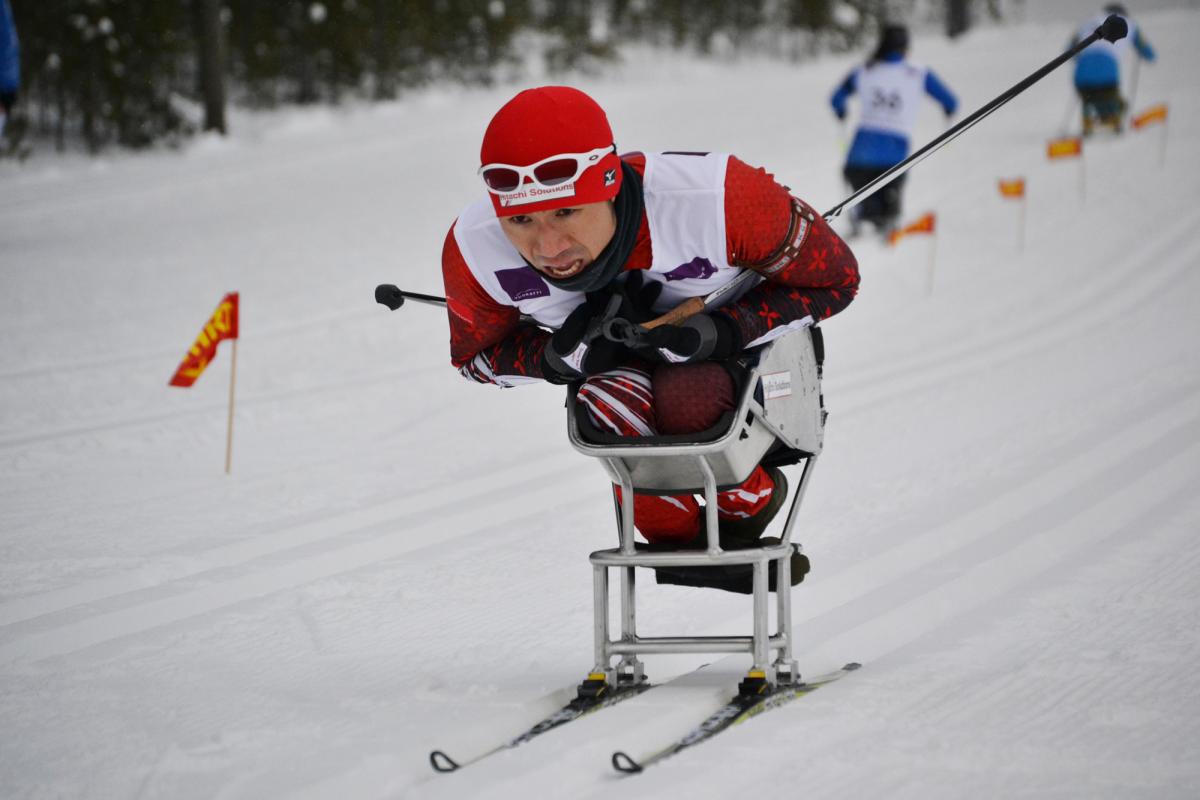 ⒸArja Korhonen
By Robert Murray | for the IPC

He always focuses on his goals during his training. His training is always of the highest quality. As for biathlon, Kozo pays extra attention to accuracy in his shooting. "He is a type of athlete [that] practices both consistently and repeatedly.”

At the Nagano 1998 Paralympic Games, Eiji Nozawa electrified the audience by capturing a silver medal on home snow in biathlon. Fifteen years later, with Japan yet to earn its second male biathlon medal, Kozo Kubo is committing himself to an intense off-season of training with the goal of ending that drought.

The 2013 overall biathlon World Cup Champion and 2013 World Champion is training diligently with the sole goal of Paralympic success in his sights. “I think it is important to have a perfect form for each level of handicap. In my case, I do a chin-up exercise to develop my latissimus dorsi [back muscles] through a pulling action,” Kubo noted in describing his training.

Five years into his Nordic skiing career, success has come to Kubo in all areas of the sport with the exception of the Paralympic Games. He doubled his biathlon World Cup point total from 2011 to 2012 this season, holding off his closest competitors by almost 500 points.

In order to reach his current level, Kubo studied other successful athletes. “I have changed how to use my body since last year. I studied the Russian athletes, and found they don’t move their bodies to make their sit skies move. It was a different method and I trained myself to think that my body and sit ski are not unified. As a result, this method was very good for me, and my last season results proved it.”

In addition to his success at World Cup level, Kubo won a gold and two silver medals at the recent World Championships in Solleftea, Sweden. He was also named the IPC’s Athlete of the Month for January as a result of his efforts in biathlon.

Kubo got his first taste of the Paralympics during the 2010 Games in Vancouver. His results were consistently in the top ten including his best finish, a sixth place showing in the 12.5 km sit-ski biathlon event.

Coming into the season, Kubo also took a scientific approach to help him achieve the results he wanted: “Under the guidance of a university associate professor in Sports Physiology, I was able to enable my body conditioning to its peak for a race. I’ve started with this for wheelchair marathon races last summer, and continued it through the season. I believe this is one of reasons why my results for last season were so good,“ he said.

Despite this success, Kubo isn’t taking anything for granted, constantly looking for ways to improve himself. The majority of his off-season training will take place in wheelchair marathon competitions, shooting practice one weekend a month and image training so that he doesn’t forget the feeling of sit-skiing.

Those around him, especially his coach Hideki Arai, have noticed this increased effort. “Kozo has great strength in his cardiopulmonary ability. He always focuses on his goals during his training. His training is always of the highest quality. As for biathlon, Kozo pays extra attention to accuracy in his shooting. He is a type of athlete [that] practices both consistently and repeatedly.”

Although Kubo has seen his results improve dramatically in biathlon and cross country, he is focusing on biathlon races in order to maximize his potential success at the Paralympic Games. Arai noted that if Kubo can improve his shooting time and accuracy in addition to being selected for Japan’s delegation for the upcoming 2013 IPC Athletics World Championships in Lyon, France that Kubo would go into Sochi as one of the top skiers in his classification.

In just five years, Kubo has broken into nordic skiing and established himself as one of the top athletes in the world. Through hard work, continuous training in the off-season and a commitment to constantly improve physically, Kubo has found the right track for success.

It may be hard to predict what the future will look like next March when the Sochi 2014 Paralympic Games begin. However, if Kubo’s training regime and determination is any indication, that future will include him atop the podium as Paralympic Champion.