John Stubbs: A moment of reflection

The British para-archer recently opened up to Paralympic.org about how he won a world title on the anniversary of a car accident that changed his life. 09 Apr 2014
Imagen 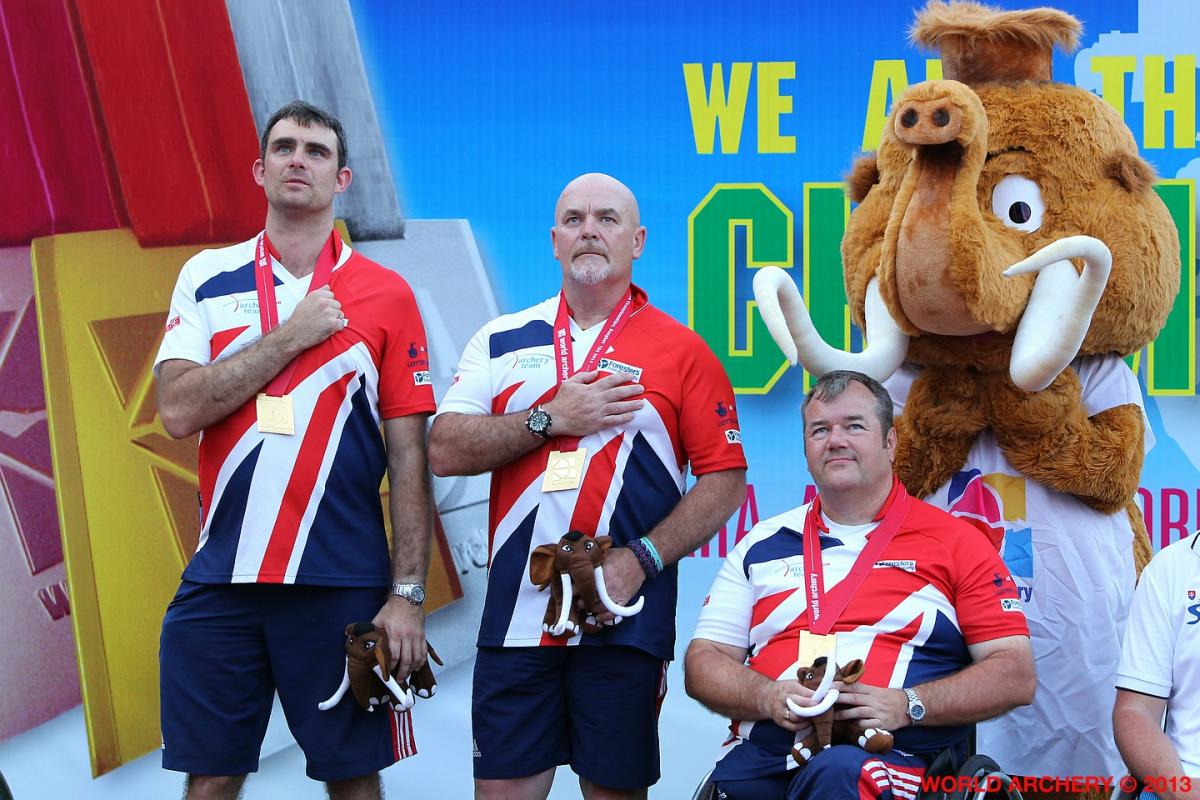 ⒸWorld Archery
By Billie Marshall | For the IPC

“I don't look back on it as a mistake. It was a cry for help more than anything. Times have changed and newly disabled people have so much more help and support now than I did back then. These days I try not to dwell too much on the past and instead focus on the future.”

The day he won those two world titles – 6 November – marked the 25th anniversary of a hit-and-run accident in which a car ran his motorcycle off the road. So serious were his injuries that he was read the last rites twice, lost his right leg and severely damaged his left. Months later, he attempted to take his own life.

Previously, the 48-year-old usually spent all 6 Novembers reflecting on the fateful incident, but 2013 was different.

Last year, he was preparing to become a world champion again, having won his first world crown in 2005.

“I always take time to reflect on that date, but knowing I'd be at the World Championships on my anniversary certainly spurred me on because I knew I'd want to be shooting that day,” said Stubbs who won Paralympic gold in 2008 in the men's individual compound open.

“It would have been far more difficult for me to be sitting on the sidelines instead of competing.”

Stubbs’ life took twists and turns that could threaten to derail anybody’s hopes but the courage shown allowed the para-archer to forget the dreadful day of his accident and previous memories of disappointment at the 2012 London Games.

“I've not mentioned it much, but I was carrying an injury in London, which affected my performance. I've trained very hard since the London 2012 Games and coming back from the Bangkok 2013 World Para-Championships with two gold medals and a silver medal feels like a fantastic achievement.”

For Stubbs, it was a hard moment in his career as he overcame the reflection period due to his anniversary and created a bit of history by claiming his first world title. Stubbs is thankful to the sport but is also happy that the previously dreaded date now has a new feeling.

“I'll remember the 6th of November for the rest of my life, but at least now I have a better reason for remembering it,” he said. “That said, without my accident, I wouldn't be doing archery now, so it was actually a blessing in disguise.

“Although I have lost a lot since that day, I have gained so much more and I have found a sport that allows me to compete on a level playing field with my able-bodied counterparts.”

‘I don’t look back on it as a mistake’

Stubbs still looks back at those events that shaped his life, particularly the failed suicide attempt a few months after the accident. He does not see it as a mistake but rather a cry for help at a time in which he wrestled with difficulties.

“I spent many months in hospital, but was given no idea of how to cope as a newly disabled person,” he said. “I thought my life was over. After my suicide attempt I was given social rehab in a young person's disabled unit. I was 24 and felt I'd burdened my family with having to care for me.

Stubbs is now seen as a role model to those involved in para-sport, and his achievements are admired across Great Britain, as he became an MBE in 2006.

“I don't look back on it as a mistake,” he said. “It was a cry for help more than anything. Times have changed and newly disabled people have so much more help and support now than I did back then.

“These days I try not to dwell too much on the past and instead focus on the future.”