At the 2013 UCI Para-Cycling World Championships Romania’s Carol-Eduard Novak’s beat one of the most acclaimed Paralympic cyclists, Jiri Jezek of the Czech Republic, putting a spotlight on the pair’s rivalry. 19 Dec 2013
Imagen 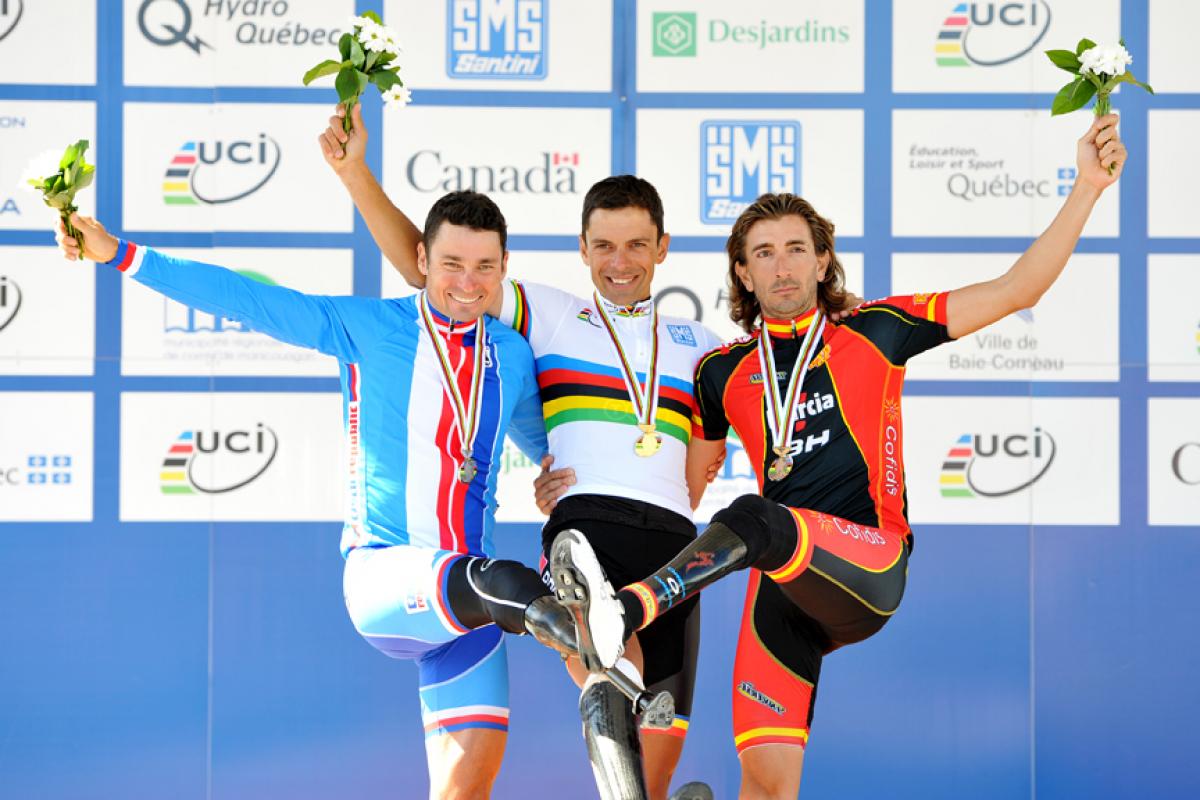 "I was confident I could achieve this result. And I was right, finally."

In order to be the best, one must first beat the best.

That mantra was one that Romanian para-cyclist Carol-Eduard Novak had to follow this past summer on the road to winning both of his events - the C4 road race and time trial - at the 2013 UCI Para-Cycling World Championships in Baie-Comeau, Canada.

Novak, who participated in his first Paralympic Games in 2004, became the world's best by defeating Czech standout Jiri Jezek, a six-time Paralympic Games gold medallist and a six-time UCI para-cycling world champion. His performances earned him a spot as a finalist for the IPC's August Athlete of the Month Award.

It wasn't just that Novak took home a pair of World Championships, but even more impressively was that his victories came against such a formidable and favoured foe. Jezek had won 10 Paralympic medals since the Sydney 2000 Games.

"I am very, very proud of this, because I took on a great champion," Novak said following his victories. "I just focused on the last three years, with a very strict programme, and very good preparation, so I was confident I could achieve this result. And I was right, finally."

Novak's ascent to his current platform has been considerably impressive.

Though he and Jezek have been competing at the highest levels for nearly the same amount of time, Novak's opponent has participated in cycling for nearly his entire life, experience that translated into quick success on the international scene.

Novak, the former speed skater who lost a foot in a 1996 automobile accident, burst on the Paralympic cycling scene eight years later.

Since that time, Novak made steady progress that culminated in this past summer's gold medals. Just four years following his first Paralympic Games, he claimed his country's first Paralympic medal, capturing silver in the 2008 C4 time trial. In 2012, he continued to break barriers, winning Romania's first gold medal - in any sport. It was there that he also defeated Jezek, creating a rivalry that has drawn attention to their sport and created interest in the two rivals.

That his accomplishments in 2013 were outstanding is undeniable. That they came against perhaps the most acclaimed Paralympic cyclist of all time made them that much more impressive.